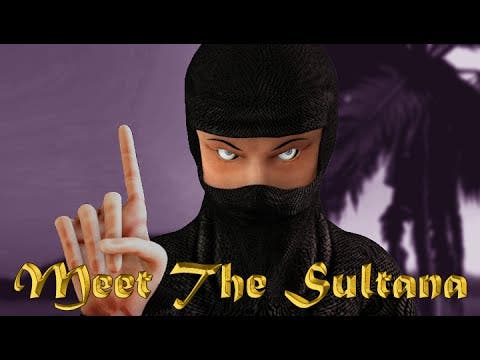 The Sultana of Stronghold Crusader 2 is the first female AI

Firefly Studios has released gameplay footage of Stronghold Crusader 2 featuring the Sultana, an all-new AI opponent with an affinity for Assassins:

Nick Tannahill, Marketing Manager at Firefly said, “Looking back it’s embarrassing that out of 16 AI opponents the original Stronghold Crusader didn’t feature a single woman! A lot of our player data suggests that the Stronghold games have a predominantly male audience, as much as 90%, however this is no reason to resist being inclusive. Each character has their own unique AI behaviours, castle designs and mood depending on how the player interacts with them and the Sultana is no exception. She is not simply a token addition to the game’s cast.”

“Many of our players have a keen eye for cultural and historical detail, which is part of the reason why Crusader 2 features units like the Sassanid Knight, Whirling Dervish and Hussite War Wagon. History is in our players’ blood and while cultural diversity is great we could all do a better job when it comes to gender. You can expect both the launch line up of AI Lords and those added through post release DLC to reflect that.”

An all-new character to Stronghold, the Sultana continues the series’ tradition of historically accurate characters with a touch of creative flair. Part of the game’s thematic fight for freedom against the invading Crusader hordes, the Sultana prefers deception and intelligent use of the land over brute force. Firefly’s latest developer diary walks players through the basics of the Sultana’s attack, army composition and castle economy, highlighting a few effective counter strategies.