Aeria Games, a leading global publisher of free-to-play online games, today announced F.E.A.R. Online will launch on the Steam platform on October 17. The game will be available prior to the Steam release for open beta via the Aeria Games portal on October 8. Players can sign up now on the F.E.A.R. website.

Fans of the celebrated horror franchise will be able to engage in new, terrifying experiences within the F.E.A.R. universe. Following player feedback from the closed beta, an extensive redesign and gameplay adjustments make for a truly unique first-person shooter game. With the addition of new maps, a new scenario, and a redesigned crafting system which allows for making one-of-a-kind weapons, F.E.A.R. Online will deliver what fans have been asking for.

“We are excited to introduce F.E.A.R. Online to millions of PC gamers with the launch on the Steam platform,” said Dr. Pascal Zuta, CEO of Aeria Games. “Taking player feedback to heart, our team has redesigned elements of the game that are most important to players to deliver an experience that we hope will please the vast and dedicated fan base of the F.E.A.R. series.”

In F.E.A.R. Online, tensions reach a boiling point as the F.E.A.R. task force investigates Armacham Technology Corporation’s unsettling experiments.With several team combat modes spanning more than ten ominous maps, the game is packed with chilling details. The storyline continues in cooperative scenarios that detail the terrifying occurrences surrounding the F.E.A.R. team, in parallel to the events of F.E.A.R. 2: Project Origin. Up to four players can team up and fight for their lives against both hostile Armacham personnel and hideous monsters lurking around every corner. 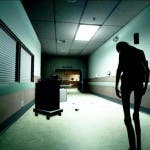 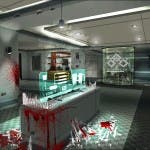 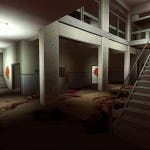 Beginning October 17, F.E.A.R. Online can be downloaded on Steam via the following link: http://store.steampowered.com/app/223650.