Mercenaries DLC released for Hegemony Rome: The Rise of Caesar

The glorious military of Caesar is a force to be reckoned with, but sometimes some fresh blood can provide that extra edge in combat. Fill the ranks of your army with six unique and fearsome mercenary units in the brand new ‘Mercenaries’ DLC for Hegemony Rome: The Rise of Caesar released today. The new content can be downloaded for $4.99 and features deadly soldiers-for-hire from all across the territories of the Roman Empire, such as the Garamante spearmen of North Africa, the raiding ships of the Suiones and the Dacian swordsmen from the East. The Mercenary class is a new feature added to the game in one of many regular updates by developer Longbow games, and allows players to use the Mercenary post attribute to hire soldiers for your army by using Gold instead of resources. The ‘Mercenaries’ DLC adds further unit types and options to this new feature – add these fearsome soldiers to your forces now and finish the conquest of Europe!
Hegemony Rome: The Rise of Caesar is available now via retail and as a digital download through Steam – the ‘Bannermen’ (http://store.steampowered.com/app/308170/) and ‘Mercenaries’ DLC (http://store.steampowered.com/app/308171/) are also available to download right now.

Hegemony Rome: The Rise of Caesar takes you to the plains and forests of ancient Gaul where Julius Caesar wages a decade long war to subjugate the barbarian hordes. It will immerse you in history like no other real time strategy game ever before, forcing you to pay close attention to the changing seasons and rapidly changing military situations. 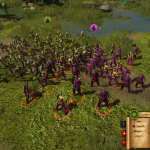 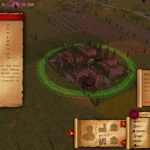 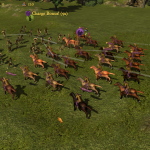