Jason Mewes is back to voice Jay in Randal’s Monday “Clerks” fans who can’t get enough of their favorite movies will be excited to hear that another famous name has entered the story: Nexus Game Studios and Daedalic Entertainment today confirm that also Jason Mewes of cult-duo Jay & Silent Bob is voice-acting in Randal’s Monday, the upcoming “point & geek” adventure game for PC & Mac.
Jason Mewes will make a cameo appearance as himself in the role of Jay from Clerks films. The characters of Jay & Silent Bob both make appearances within Randal’s Monday, hanging out (as they so often  do) in a back alley and discussing things from the “Clerks” movies that made them famous.

Only recently, Nexus Game Studios and Daedalic could announce that “Clerks” star Jeff Anderson is going to voice-act for the game’s protagonist, Randal.

“We are over the moon now also having Jason on board”, explains Nexus Game Studios Lead Producer Enric Costa: “It’s a real dream coming true. Our homage to ‘Clerks’ and classic adventure games now gets support not only from one big star of the American Independent Cinema, but from two. That’s more than we ever hoped for”, he continued.

The point & click adventure Randal’s Monday will be a feast for every single of your geek-senses and a tribute to a whole generation of fans and the heroes they grew up with.  Players can look forward not only to many, many nostalgic items, but also cynical humor and a bizarre top notch story.

The classic point & click gameplay and countless items and nods toward the golden age of geek culture deliver precious nostalgia to all players who hold their childhood memories and heroes dear. Retro-consoles? Favorite flicks, shows and games from the 80s, 90s, and the early 2k? Randal’s Monday has all of that and it’s truly worth your time to find each and every reference made in this game. 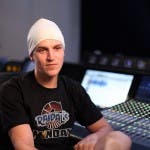 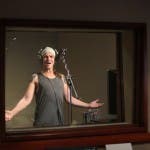 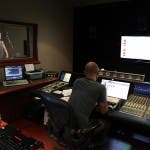 Randal’s Monday is developed by the team of Nexus Game Studios in Spain and is published worldwide by the adventure experts of Daedalic Entertainment. The game’s scheduled for release in on November 12th, 2014.