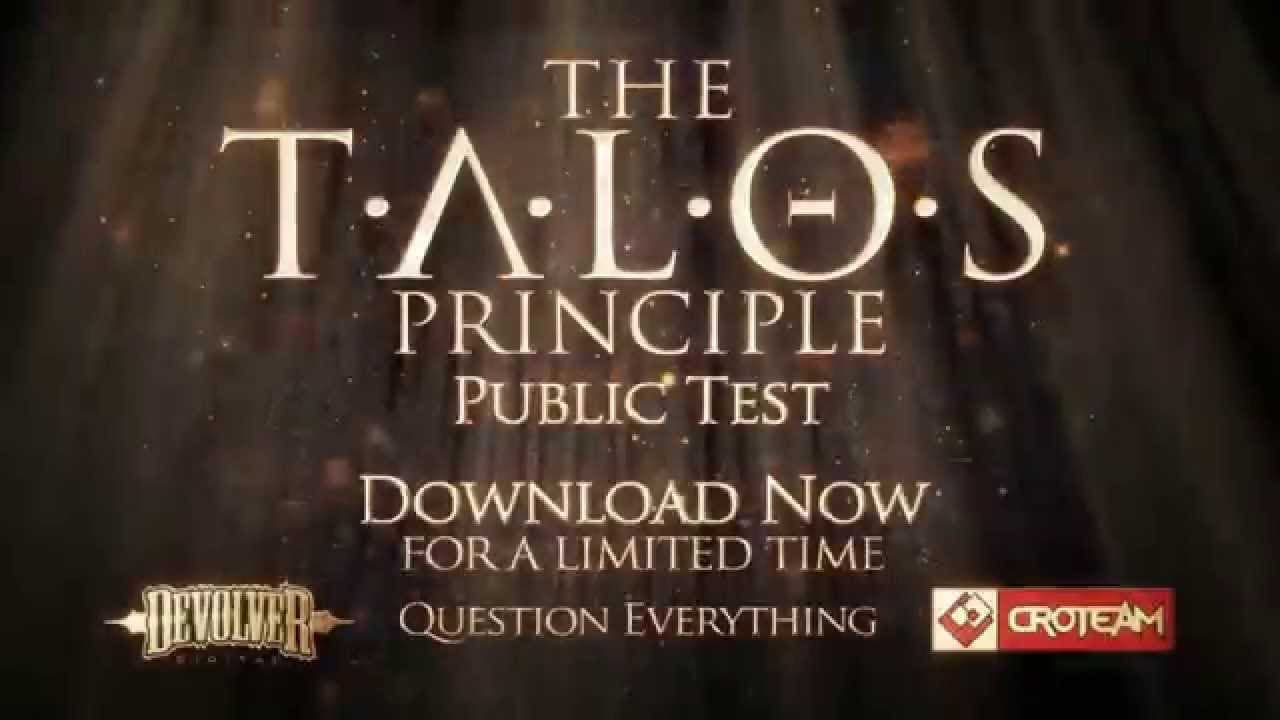 Croteam releases a Public Test (Demo) of The Talos Principle

The critical thinking developers of Croteam and the handsome introverts at Devolver Digital have made a free public test demo available today for the upcoming puzzle game, The Talos Principle, which has garnered multiple Best of Show award nominations at Gamescom and E3. A complete departure for the outlandish action style Croteam is best known for, The Talos Principle is a philosophical first-person puzzle game written by Tom Jubert (FTL, The Swapper) and Jonas Kyratzes (Infinite Ocean) launching December 11th on PC, Mac, Linux and Q1 2015 on PlayStation 4 and Android platforms.

The public test for The Talos Principle consists of four increasingly difficult complete puzzle levels where players will be able to test the range of puzzle mechanics, and run and share benchmarks if they choose. The demo is meant to serve as additional stress and compatibility testing before The Talos Principle launches later this year and is now available on Steam for a limited time prior to the game’s release. The Public Test initiative for The Talos Principle harkens back to 15 years ago when Croteam released “Public Test 1” forSerious Sam, a then unknown game that went on to become a multimillion dollar franchise.

In The Talos Principle, players assume the role of a sentient artificial intelligence placed within a simulation of humanity’s greatest ruins and linked together through an arcane cathedral. Players are tasked with solving a series of increasingly complex puzzles woven into a metaphysical parable about intelligence and meaning in an inevitably doomed world.

The public test for The Talos Principle follows the recent announcement from Croteam and Devolver Digital for Sigils of Elohim, a free mini-game companion that allows players to unlock items that will help them in game when The Talos Principle launches. Sigils of Elohim is now available across all platforms for free on Steam at http://store.steampowered.com/app/321480/ and https://itunes.apple.com/us/app/sigils-of-elohim/id920840116?mt=8 for iTunes and here for Android. https://play.google.com/store/apps/details?id=com.devolver.Sigils&hl=en.

“Benchmark my bank account with some of that delicious gamer cash, nerds,” remarked Fork Parker, CFO of Devolver Digital, when asked for comment.