Indie developer Red Level Games is excited to announce its action-RPG Dragon: The Game — where players explore and influence an open world as a dragon — will launch this Friday, November 7th as an Early Access title on Steam for Windows PC, Mac and Linux platforms.

Experience dragons in their proper role as the monstrous, complex, and epic protagonists that they are. In this open world action role-playing game you will bring your dragon’s story to life. As you eat, age and hunt your dragon will develop allowing you to improve and customize its wings, tail, claws, and breath weapon.

Become a terrifying or benevolent dragon powerful enough to threaten city states and reshape kingdoms. Inevitably you will face other dragons, giants, trolls, orcs, liches, and other beasts as you leave your mark on the history of the world. 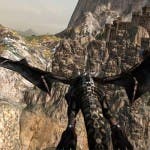 Dragon: The Game will cost $17.99 throughout the title’s Early Access period, with a launch week discount running through November 14th as a thank you to those who show their support right from the get-go. Learn more about Dragon’s development road map on its Steam store page, and join the discussion on the game’s Steam Community Hub.