Warhammer 40,000: Armageddon gets The Ultramarines in New Expansion While Salamanders and Blood Angels fight fiercely on the surface of Armageddon, the Ultramarines have not had the chance to distinguish themselves in the epic battle between the Orks and the Imperium of Man. Today these highly disciplined and courageous warriors finally have their hour of glory with the release of an expansion focused on their contribution during the Second War of Armageddon!

In Warhammer 40,000: Armageddon – Glory of Macragge, players lead the glorious Ultramarines in a brand new campaign that features 11 challenging scenarios, organized in 3 different Acts. The sons of Macragge who fight in the manner prescribed in the holy pages of the Codex Astartes are known to be versatile and able to master any style of warfare. With such powerful reinforcements on Armageddon, the Orks had better watch out! 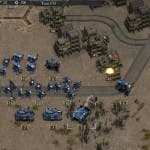 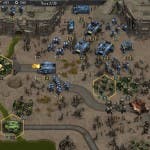 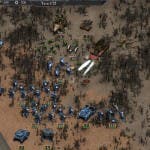 In order to celebrate this new milestone in the Warhammer 40,000: Armageddon series, we have set up two special bundlesincluding the 3 released DLCs at an attractive price!