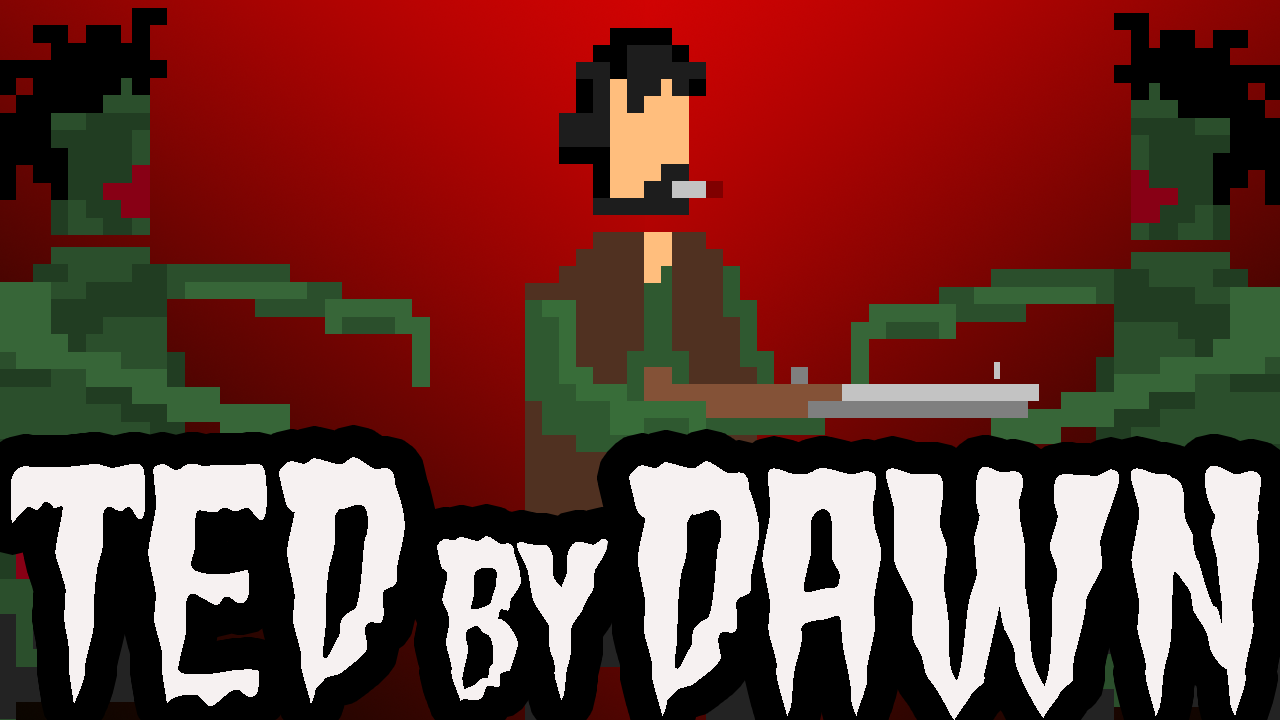 Ted by Dawn is out now on Steam

Ted by Dawn is Proteus Pixel’s first game. After being successfully Greenlit on Steam, it finally released onto Steam on June 29th, and is doing well with Steam reviews being “Positive”. You can purchase the game for a mere $1.99 here: http://store.steampowered.com/app/381090/.

Ted by Dawn is a humor laden throwback to classic action platformers such as Mega Man and Metroid. The game focuses heavily on frantic platforming action complete with boss fights, spikes, and plenty of fire. Ted by Dawn follows the story of Ted Carcass, a reclusive survivor of the apocalypse. Ted is a rugged man, a man’s man, a beard supporter, whiskey drinker, shotgun aficionado, and reluctant savior of the human race.

There are no checkpoints, and death instantly restarts the stage. Muscle memory, memorization, and an iron will to survive are required for success.

On a routine supply run to the local tavern, Hunter’s Haven, Ted runs across a scientist. After an unfortunate skirmish with some fellow redneckians, Ted is left to escort his newly acquainted friend across the wasteland to find a suitable laboratory to synthesize a cure for the horrible mutagen that has ravaged the land. Along the way, Ted will meet with hordes of zombies, mutants, savage survivors, and apparently, flaming pants.