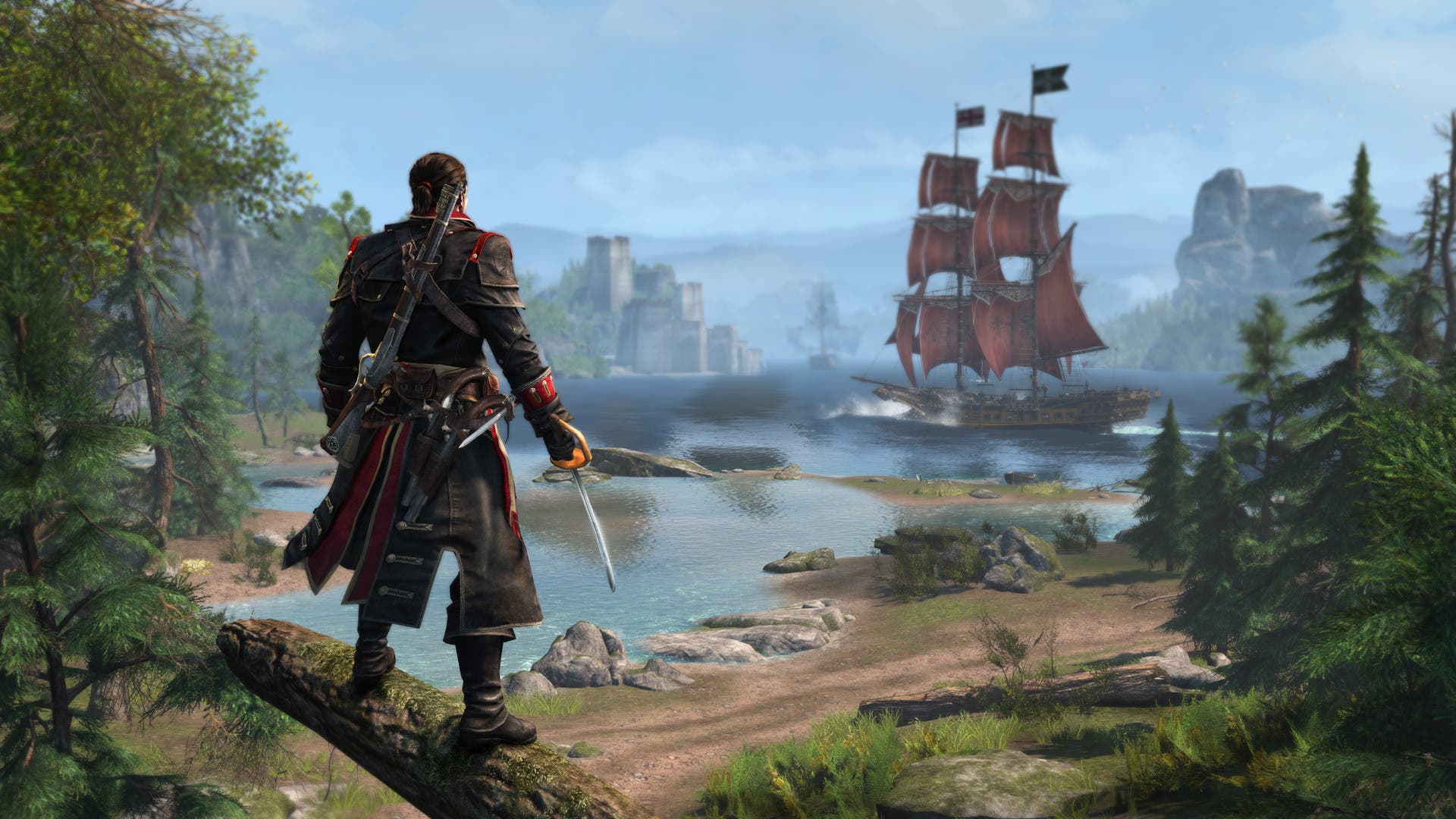 Assassin’s Creed Rogue was a pretty quiet release for Ubisoft. The PC version only came out in March, four months after its Xbox 360 and PlayStation 3 counterparts released. It wasn’t given much of a marketing push, but it turns out it’s a highly enjoyable game that continues the mythos of Assassin’s Creed in interesting ways, ways you shouldn’t miss. It’s a wonderful blend of the best mechanics of both Assassin’s Creed III and Assassin’s Creed IV: Black Flag, and it wouldn’t be far off to refer to this as a “Black Flag 2” of sorts. The tutorial for Assassin’s Creed Rogue is overwrought with training that by now, I can’t imagine anyone picking up the series cold that could possibly understand what’s been going on. If you’re familiar with the series, combat is the same as always, and hasn’t really it changed, but it does somehow feel more responsive. Revisiting some locations from Assassin’s Creed III and all-new, such as the colder climates of the North Atlantic. Water is now a danger as you can freeze while in it for too long, so don’t expect any diving bell missions. Those who’ve played Black Flag will be right at home with, such as: looting, pillaging, and the ever-present naval battles that ensue. In a neat twist, you can now be boarded. When on land, during missions, you’ll often find Assassins waiting in bushes, and must been taken out before they get the drop on you. Assassin’s Creed Rogue often infodumps you with the goings on from the prior games. The story can never decide how much you should be expected to know, and what it wants to tell you. Shay becomes interesting when he sides with the Templars, but it kind of stops there, and never really goes all the way with it. It’s a shame, because given the small focus the game was given, Shay seems to have a lot of story to tell, but so little time to do it in.

Shay will often interact with notable but mainly “B-list” historical celebrities like James Cook, Jack Weeks, and Christopher Gist. These characters are not the DaVincis or Benjamin Franklins of the games before it, but they do serve as tentpoles for solidifying the fact that both Templars and Assassins have entrenched themselves into society without notice. And this is what makes the Assassin’s Creed series so great, is the melding of historical accuracy with fictional events, and this game does it so well with relatively unknowns compared to prior games. Assassin’s Creed Rogue is beautiful game with enough differences that it just gets by, but with the story being so crucial to the overall plot, it becomes more surprising it isn’t on more platforms. Assassin’s Creed Rogue might have been in the shadow of big brother, Assassin’s Creed Unity around launch, but there’s some really revealing stuff that happens that’s worth your money and time. If you can play this on a previous generation console or PC, and loved the gameplay of Black Flag, you will love Assassin’s Creed Rogue.

A Steam code was provided by Ubisoft for review purposes