CD PROJEKT RED, creators of The Witcher series of games, announce the release date of Hearts of Stone, the first expansion to The Witcher 3: Wild Hunt.

Step once again into the shoes of Geralt of Rivia, a professional monster slayer, now hired to defeat a ruthless bandit captain, Olgierd von Everec, a man who possesses the power of immortality. The expansion lets you choose your own path through an experience that includes recruiting a crew of break-in artists, spending a night partying with a ghost and outsmarting the most bizarre creatures Geralt has ever faced.

Along with the digital release, gamers will also be able to purchase a special, limited boxed edition of Hearts of Stone (SRP $19.99) available at selected retailers worldwide. The box contains a digital download code for the expansion, two masterfully crafted physical decks of Gwent, the card game set in the world of The Witcher, as well as a detailed manual explaining the rules. With two unique sets of cards, Monsters and Scoia’tael ready to go, you and your friends can now engage in tactical combat on a grand scale outside of The Witcher 3: Wild Hunt! 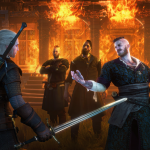 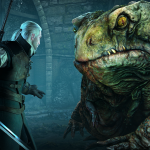 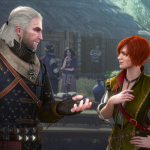 The studio launched a special initiative for owners of the digital Expansion Pass that will enable them to purchase the cards separately. All information about the initiative can be found at redeemgwent.com.