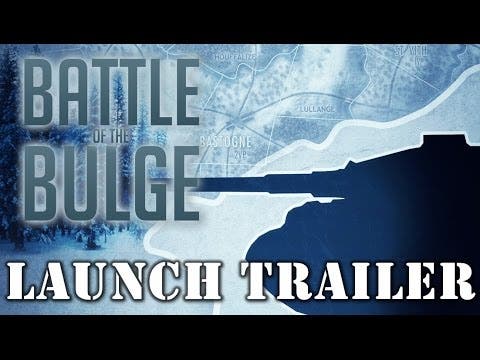 Battle of the Bulge is Now Available on Steam and iOS

The German army is retreating on every front and the final defeat seems inevitable. But a sudden and violent counteroffensive can change the odds. In the snow-covered forest of the Ardennes, Panzer divisions are awaiting a signal from the High Command to take the Allies by surprise. The Battle of the Bulge is about to begin!

Praised by wargamers and specialist press alike (with a metascore of 85) for its iPad release in 2012, Battle of the Bulge is back in an overhauled edition. Boosted by a new flexible engine, the game has been adapted to various platforms and can now be played on PC, Mac and iOS portable devices.

The new Shenandoah team was especially focused on offering instinctive controls on all the platforms. On top of that, this edition includes a revamped AI for tense single player sessions and a completely new multiplayer system that supports cross-platforms games and tournaments to keep the community active!

Armchairs generals who missed the opportunity to lead the Allied and Axis troops in the Ardennes, now have a second chance to be at the spearhead of this late WW2 operation and face deep military and logistical brainteasers.