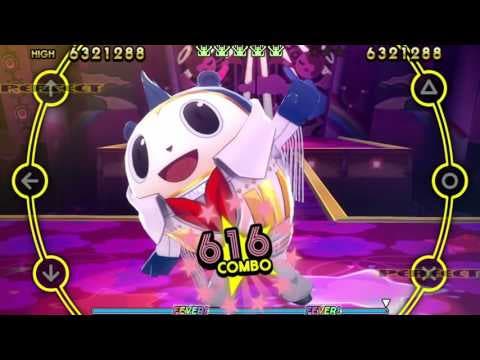 A few months after the conclusion of the events in the original Persona 4, Chie, Yukiko, and the rest of the crew from Inaba get to join Yu and Rise in the big city to dance in the “Love Meets Bonds” Festival, the stage for Rise’s comeback to the world of pop idols. While practicing for the festival the reunited investigation team meets Rise’s former juniors and current popular idol group, Kanamin Kitchen. But when they go missing and the curious “Midnight Stage” appears, the Investigation Team must mount a mission to rescue the missing group and discover more about the mystery behind it all. This is the setup for Persona 4: Dancing All Night, the PlayStation®Vita exclusive, now available in stores across the Americas.

Persona 4: Dancing All Night features several gameplay modes – the aforementioned Story Mode allows players to go through the new, visual-novel style narrative to solve the latest mystery that’s targeting pop stars. Free Dance Mode allows players to fully customize their favorite characters and practice their rhythm game craft with any of the game’s songs. (FYI, downloadable content only affects Free Dance Mode.) Shopping lets players purchase items from Tanaka’s Amazing Commodities to modify the difficulty of the game with special items or books. Plus, there’s a music player to listen to the tracks directly from the PS Vita and even online Leaderboards to track how well you do against friends.

Persona 4: Dancing All Night is a story-driven music game that takes place after the events in Persona 4. Players get pulled onto the MidnightStage when the spotlight turns to mega-idol Rise and her junior group, Kanamin Kitchen. Members of Kanamin Kitchen have disappeared and it’s up to the Investigation Team to mount a rescue mission – only they discover the same monstrous Shadows from the Midnight Channel. To make matters even worse, their Persona abilities are rendered ineffective, and the Shadows in P4D can only be defeated by dance, so bust out powerful dance moves to save the day!