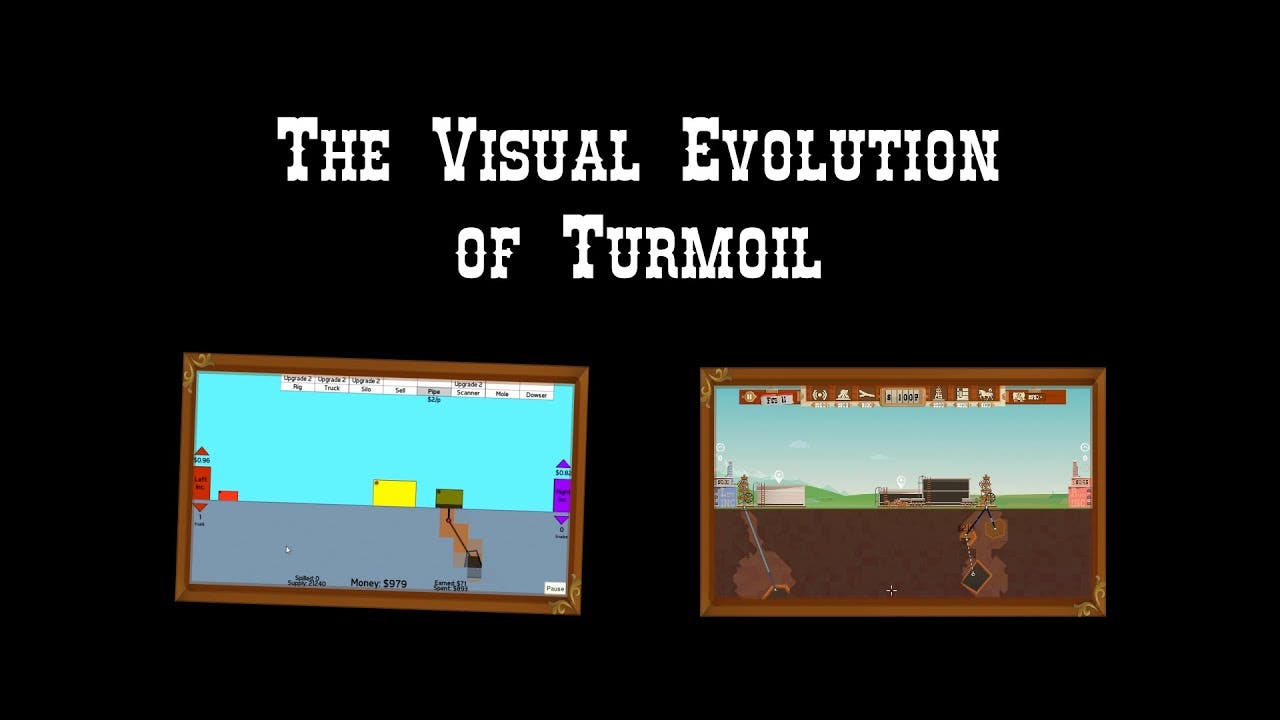 Turmoil trailer shows the visual changes since development, and has been successful on Steam Early Access

Gamious, a small Dutch game developer, is thrilled with the development progress ofTurmoil on Steam’s Early Access. The game has gone through a myriad of visual and content updates, based on community feedback. It has inspired Gamious to make lots of gameplay improvements, including new underground resources like gas and diamonds, a metagame, adding in-game statistics, bribes and kickbacks, special effects and music. In total, 14 updates have been pushed live in the last 22 weeks.

The studio today released a new video showing the visual progress of Turmoil, starting with the very first playable prototype right through to its current state with a completely overhauled user interface and brand new animations.

“We truly feel like Turmoil is an example of how, when done right, Early Access can make a tremendous difference for small development studios” said Jos Bouman, Creative Director. “Community feedback has deeply impacted and shaped our vision for the game, while the revenue has given us the assurance to safely go all-in on Turmoil. Much of this would not have been possible otherwise.”

Turmoil is planned to be released in the first half of 2016 and will continuously be updated until that time. Gamious is working on an evolving story line, a stock buying system and new mining mechanics.