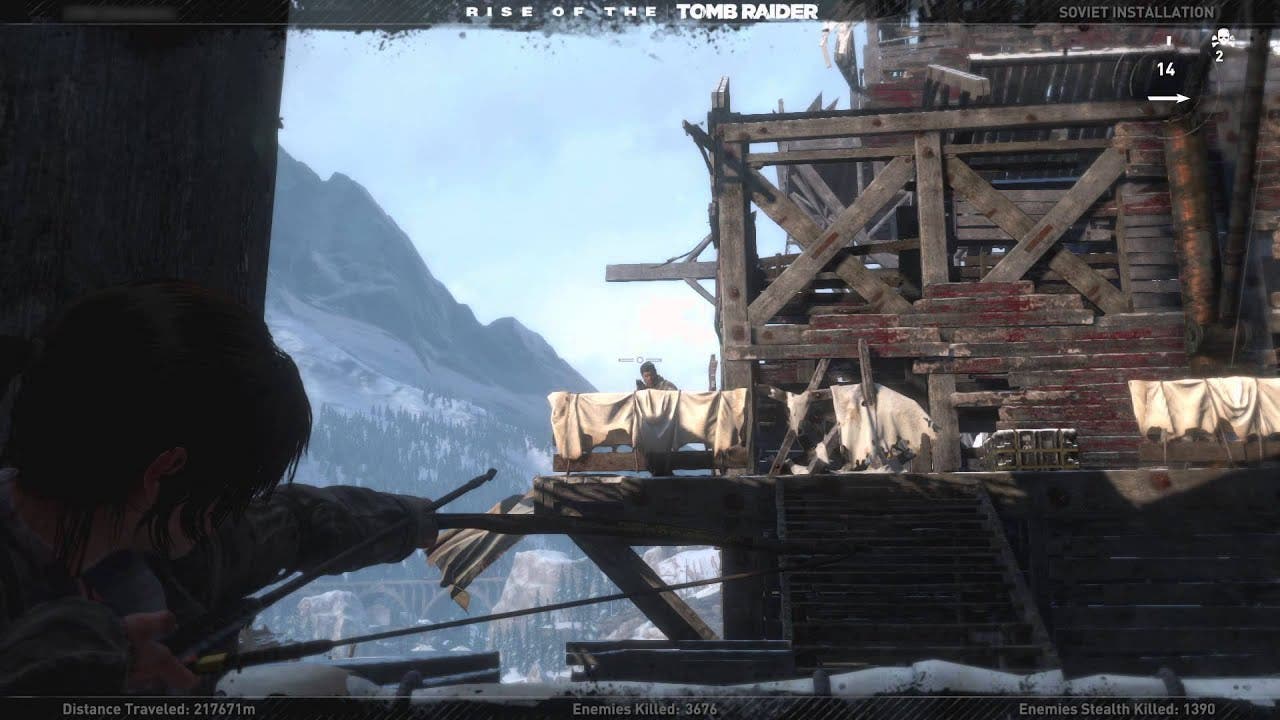 With the release of the highly-anticipated Rise on the Tomb Raider today, Crystal Dynamics, Twitch and Xbox are pleased to announce a collaboration that brings two exciting and innovative features to Rise of the Tomb Raider on Xbox One. These interactive features will heighten player engagement with the game, keep the Twitch experience fresh for both streamers and viewers, and are available now.

Gamers who tune in to watch Rise of the Tomb Raider being played via the Twitch application on Xbox One will be rewarded with gifts for viewing someone complete a special event in the single-player game.  Viewer gifts of in-game credits are handed out when the player completes a side mission, challenge tomb, crypt, and other specific achievements. These rewards are redeemed using the in-game marketplace.  Credits are used to purchase Expedition Card Packs, which give access to different modifiers, weapons, and outfits for use in the Expedition Modes – the all new way to play the game outside of the story campaign that includes Score Attack, Remnant Resistance and Chapter Replay.

Conversely, any fans who stream Rise of the Tomb Raider in Expedition Mode via the Twitch application on Xbox One will have the option to let their viewers impact gameplay at various points by choosing between two Expedition Cards.  Once viewers make their choices and totals are tallied, whichever card receives the most votes is activated for a period of five minutes, thereby mixing up the player’s experience and making things either more challenging, easier, or just unpredictably fun.

“Our fans are a committed die-hard community and we are always pushing innovative ways to help them share their experiences and be part of each other’s adventures,” said Scot Amos, Executive Producer on Rise of the Tomb Raider. “By partnering with Twitch we’ve created a unique interaction loop that rewards viewers who influence a streamer’s game real-time, and have simultaneously given streamers a new game play experience thanks to viewer-driven decisions!”

“The Twitch community created and has since embraced the ‘Twitch Plays’ gaming phenomenon,” said Matthew DiPietro, SVP Marketing, Twitch. “By incorporating interactive functionality into a storied franchise like Tomb Raider for Rise of the Tomb Raider, it illustrates the appeal of social video.”

Featuring epic, high-octane action moments set in the most beautiful yet hostile environments on earth, Rise of the Tomb Raider delivers a cinematic survival action adventure where you will join Lara Croft on her first tomb raiding expedition as she seeks to discover the secret of immortality.  “Rise of the Tomb Raider” launches November 10.