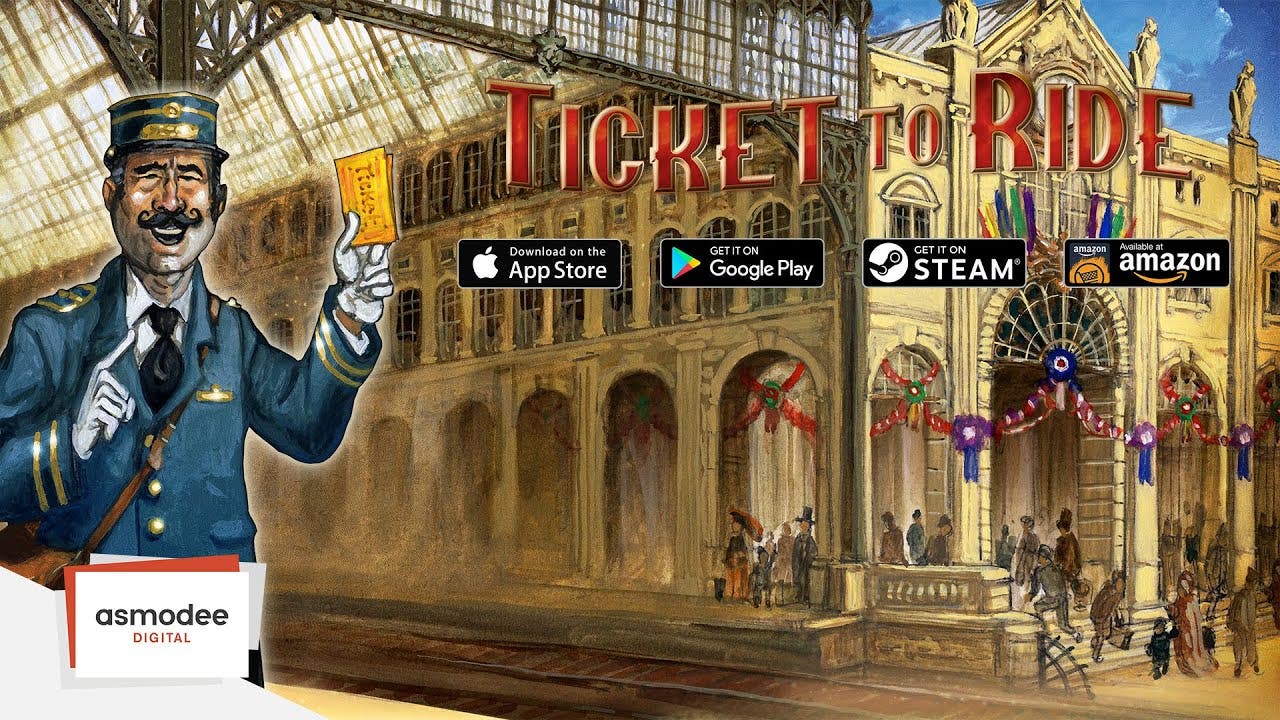 Ticket to Ride being updated on Steam, iOS, and Android via Asmodee Studio

Days of Wonder, an Asmodee studio, specializing in the development and publishing of board games, today announced the release of a major upgrade of Ticket to Ride on mobile, tablet and computer. Embark on an unprecedented rail adventure, challenge players around the world thanks to the asynchronous multiplayer mode, and discover the new map of India for the first time on a digital platform!

Created more than 10 years ago, Ticket to Ride is a category leader for family games in the board game industry with over four million boxes sold worldwide in 11 different versions. Upon its release in 2004, Ticket to Ride was awarded the most prestigious award, the German Spiel des Jahres (Game of the Year). Its digital format has already captivated more than 3.5 million fans.

“The digital versions of Ticket to Ride bring together enthusiastic gamers and captivates a loyal and engaged community for which Days of Wonder wishes to provide the best,” says Yann Corno, CTO of Days of Wonder. “Today, we’re excited to strengthen the current digital experience with even more functionality to meet the needs of our fans. That is why it seemed essential to allow players on mobile devices, tablets and computers to play together, wherever they are and at any time, by creating an asynchronous multiplayer mode.”

In addition to the exciting cross-platform asynchronous multiplayer mode, players will enjoy an intuitive user interface, new social media capabilities to share exciting moments, and fresh content such as the Indian map, the first vertical map to be available on Ticket to Ride digital.