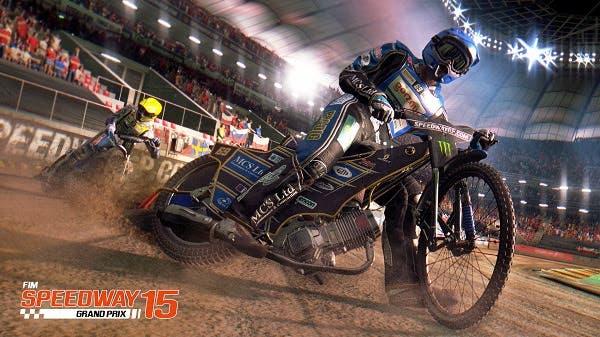 Speedway is one of the most unique motor sports with supporters across the globe. The sport sees competitors racing on unique motorbike setups – namely with tremendous power and no brakes. The latest game focuses on the most important and prestigious speedway competitions – The Grand Prix, which determines the Individual World Champion. This title was created by SoftPlanet Studios and produced under license by BSI Speedway Limited, so players will find all the stadiums and riders from the 2015 season – with stars such as Tai Woffinden, Greg Hancock, Jaroslaw Hampel and Nicki Pedersen.

In FIM Speedway Grand Prix 15 the player will need to show his skills and tacticsin the fight for the title of World Champion. The game includes two driving modes: arcade for beginners and simulation, where the player has control over rider’s body balance. FIM Speedway Grand Prix 15 is reflecting the nuances of the sport that can decide who wins the race, such as dynamically changing track surface that creates zones of better and worse grip.

The game is available as of 1st of December 2015 on PC for $24.99, while Australian fans can expect a release later in December on this platform, as soon as the age rating is approved locally.