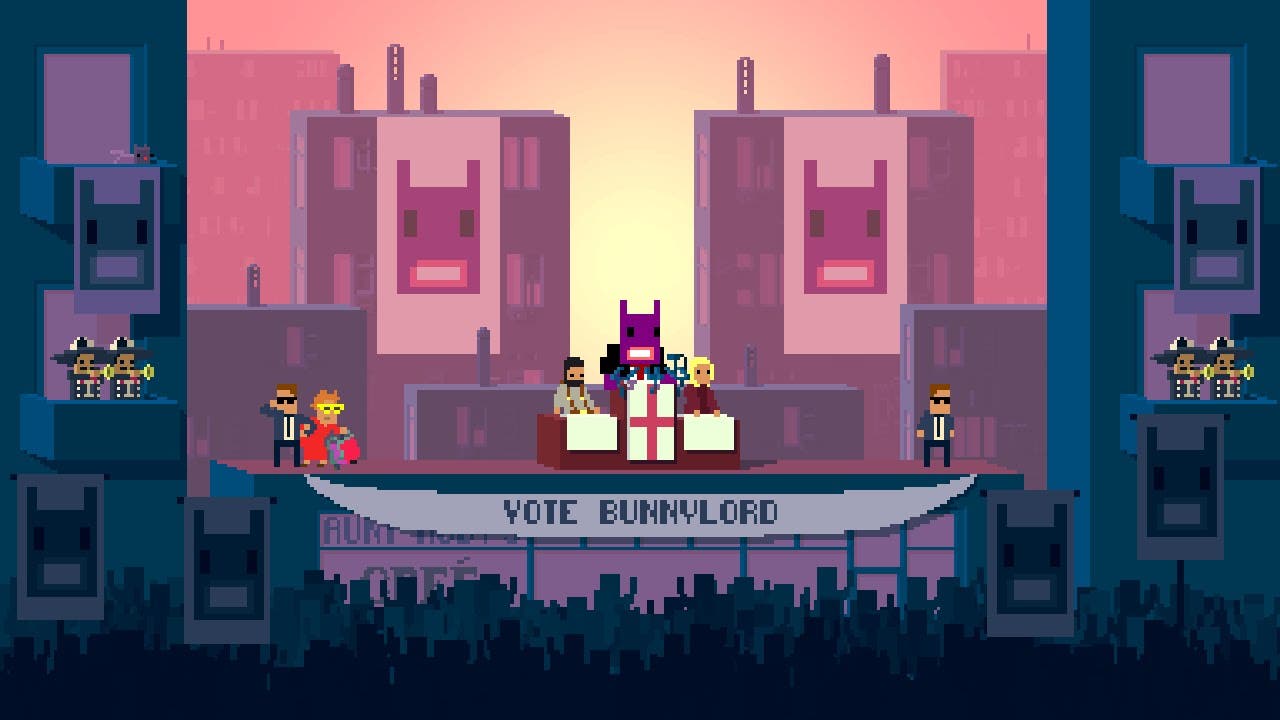 The political activists of Roll7 (OlliOlli) and video game industry lobbyists Devolver Digital announced the indie cover-based political satire shooter Not A Hero will be available for your PlayStation 4 needs on February 2nd next month for $12.99.

Hailed by critics as a “lean and brutal” and “relentless” indie shooter, Not A Hero follows professional assassin-turned-amateur campaign manager, Steve, who is charged with cleaning up the city by a time-traveling rabbit / British mayoral candidate named BunnyLord. Now Steve and his expanding roster of dubious heroes must wield their unique skills to shoot, slide, dive and take cover behind a political platform built on ethics, accountability, and an inordinate amount of gunfire. Eliminate the criminal underworld of the citys three major districts and persuade undecided voters to your cause, tackling the issues that matter by putting a gun in the mouth of those issues.

Not A Hero is powered by ISO-Slant, a new proprietary technology that allows game developers to reach the sweet spot between 2D and 2½D perspectives with minimal effort. Through the liberal, almost irresponsible use of ISO-Slant, Not A Hero developer Roll7 is able to radically alter the standard 2D pixel art action game into an unbelievable 2¼D visual tour de force and creates a unique new genre sure to entertain for years to come.

Not A Hero is available now on PC via Steam, GOG, and Humble if you prefer that sort of thing.