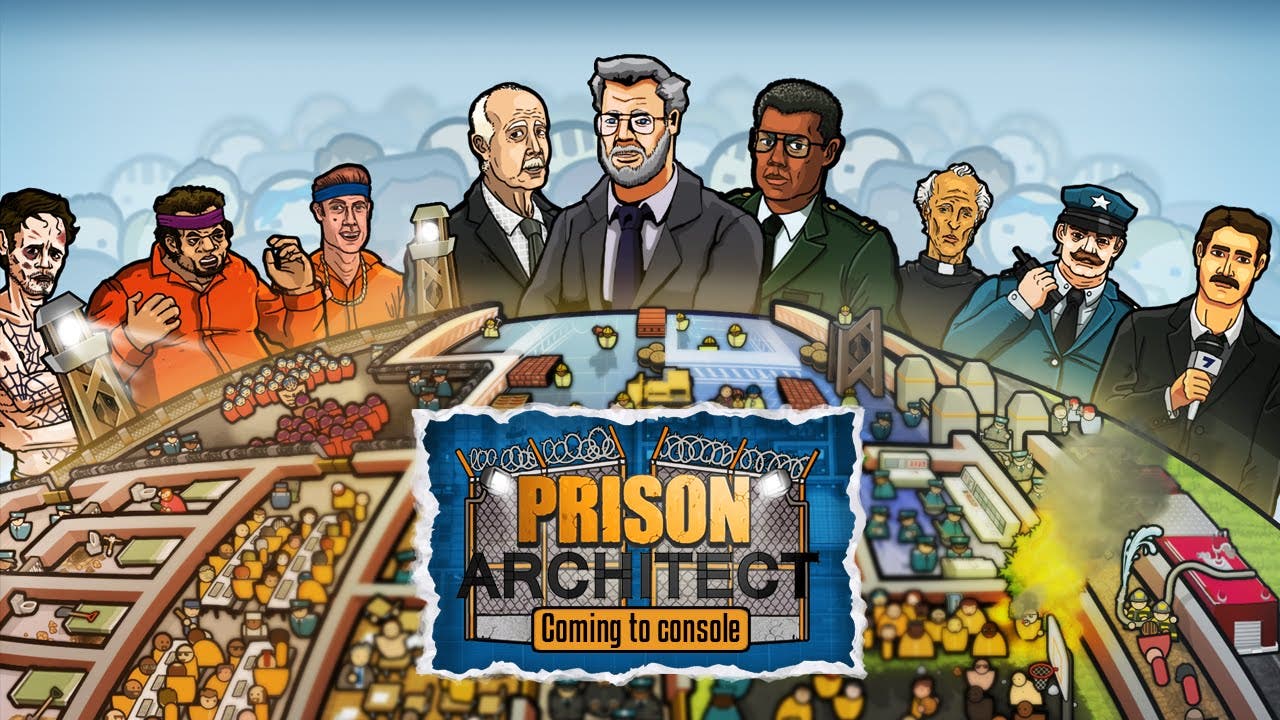 Prison Architect coming to PS4, Xbox One, and Xbox 360 this spring

Publisher and developer Double Eleven and Introversion Software revealed that the critically acclaimed and best-selling Prison Architect  will be released into the world as a well-adjusted member of society on the Xbox One, Xbox 360 and PlayStation 4 this Spring for $29.99. The new console editions will host a variety of exclusive features and have been tailored to each platform’s unique controller style. Prison Architect, released last October for PC, has to date sold more than 1.5 million copies and currently hosts an impressive 83 percent on Metacritic.com.

Unique to the coming Xbox One, PlayStation 4 and Xbox 360 editions of Prison Architect is the Prison Warden Mode, which allows players to jump in and take control of one of several pre-built prisons right away to get into the action faster. Also new to the console editions is the World of Wardens, a feature that grants you the ability to share your prisons online and try your hand at governing prisons that others have uploaded. Additionally, Double Eleven have put their own touch on each of these editions, creating a unique Prison Architect experience for each platform.

In Prison Architect, players build and manage their own maximum security prison built to hold the most hardened of criminals. The console editions include a fully-fledged story mode and sandbox mode with entirely new in-game community features allowing players to build, maintain and share their maximum security prisons with the touch of a button.

Cope with blazing infernos, prison wide riots, demolition and construction, and if you make it through unscathed the Mayor will be ready to give you the reigns of a brand new prison development where you can build the prison of your dreams.

Mark Morris, managing director of Introversion said, “Myself, Chris Delay and the rest of the team have spent more than five years with the community making Prison Architect what it is today and we’re grateful for all the support we’ve had along the way. The decision to bring the game to new platforms and finding a partner was no easy one. Enter Double Eleven, who have a demonstrated a wonderful track record in taking a known game and really making it their own. Double Eleven approached us with their ideas for the game both as a publisher and developer and we were really excited about where they wanted to take it.”

“Prison Architect stands as a truly unique, thought provoking look into how one would build and operate their own Prison playing out the consequences of your decisions. We were delighted that Introversion chose us to develop and publish the console editions of Prison Architect, as one of the most respected developers in the world that meant so much to all of us as we know this is their baby.  We only take on games that we enjoy and that we know we can do a stellar job of creating; both Introversion and future players deserve no less,” said Mark South, chief operating officer of Double Eleven.

Developed by Double Eleven in partnership with Introversion Software, Xbox One, PlayStation 4 and Xbox 360 editions will be available this Spring for $29.99.