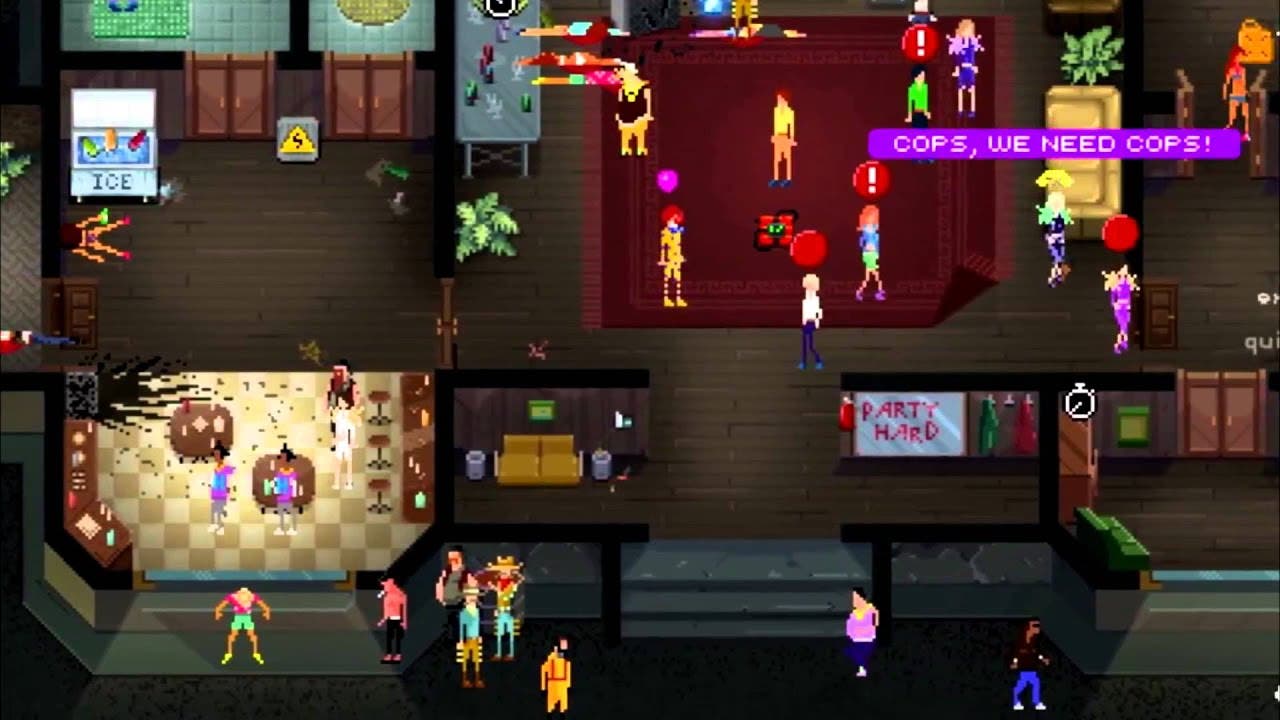 tinyBuild Games, the developer and publishing house best known for popular titles like SpeedRunners and Punch Club, today announces that its award-winning 2015 PC hit Party Hard, developed by the Ukrainian team Pinokl Games, will soon release for both PlayStation 4 and Xbox One.

The tongue-in-cheek party murder simulator, which has sold nearly 100,000 units on PC and has received a 90 percent positive rating amongst players on Steam, will launch on consoles this Spring, accompanied by the free “After-Party DLC.”

It’s 3am. Your neighbors are having a loud party, and the police aren’t interested. So it’s down to you to stop them by any means necessary.

Party Hard has semi-procedural environments and a big, silly focus on unique ways of killing people. In the greatest traditions of sneaking games, your main goal is to not get caught, while silently picking off unsuspecting victims one by one. Dancing and blending in during a suspicious situation is key.

If you’re curious to know more, read our review of Party Hard.