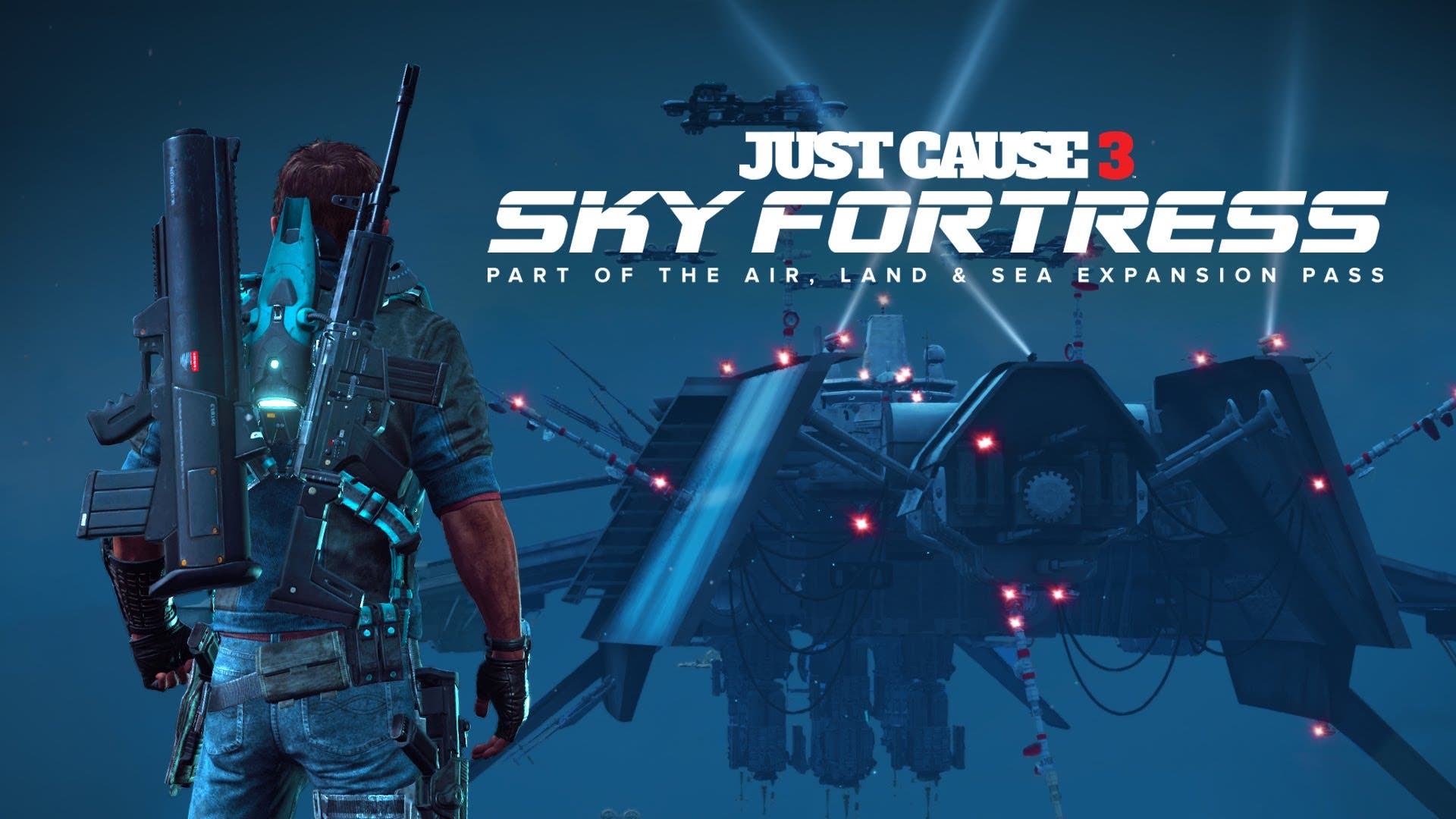 The first JUST CAUSE 3 content pack entitled SKY FORTRESS is launching March 2016 for PlayStation 4, Xbox One and high end PC and holders of the AIR, LAND & SEA Expansion Pass will be able to play it a week before is goes on sale as a standalone download . The new SKY FORTRESS Trailer is available now.

“If Just Cause 3 is over-the-top action then the Air, Land and Sea Expansion pass aims to stand on its shoulders and reach even higher,” said Tobias Andersson, Senior Producer at Avalanche Studios. “An incredible amount of time has been spent ensuring every new item is fully integrated into the main game and can be used during existing missions. Rico’s new Bavarium Wingsuit will fundamentally alter the core gameplay of Just Cause 3 and we can’t wait to see the crazy stunts that players perform with it.”

The second pack in the Expansion Pass entitled LAND MECH ASSAULT will contain another new series of missions that introduce a unique new vehicle that can be carried over into the main game; a heavily armoured mech armed with a gravity gun that allows objects to be picked up and powerfully thrown in any direction. Although the mech is as strong as a tank, it is highly manoeuvrable and agile and behaves unlike anything else in the game.
The AIR, LAND & SEA Expansion Pass concludes with the BAVARIUM SEA HEIST – details of which will be revealed in the following months.