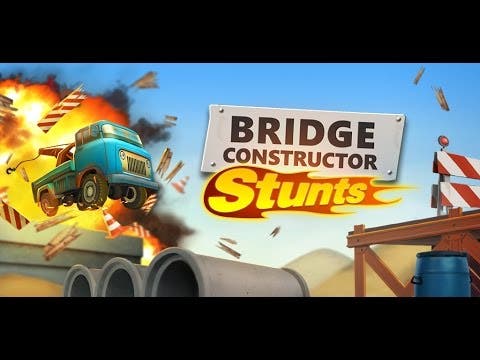 It’s time for action! Tomorrow the physics-based puzzle and simulation game ‘Bridge Constructor Stunts’ will be released on Steam. The completely new, explosive and insane spin-off of the famous Bridge Constructor series will be available for $9.99, 9,99€ and £6.99. In addition, first week buyers will enjoy a release discount of 40%.

Stunts comes with many new features: By using the improved build mode the players first create their own brilliant courses and then take control over the vehicles themselves for the first time in the series. Overall the game features 33 levels, split to 5 settings. To retain memories of this hilarious madness, every run can be saved. In the PC version players can export their replays as a video or GIF in order to share them with friends through social channels.