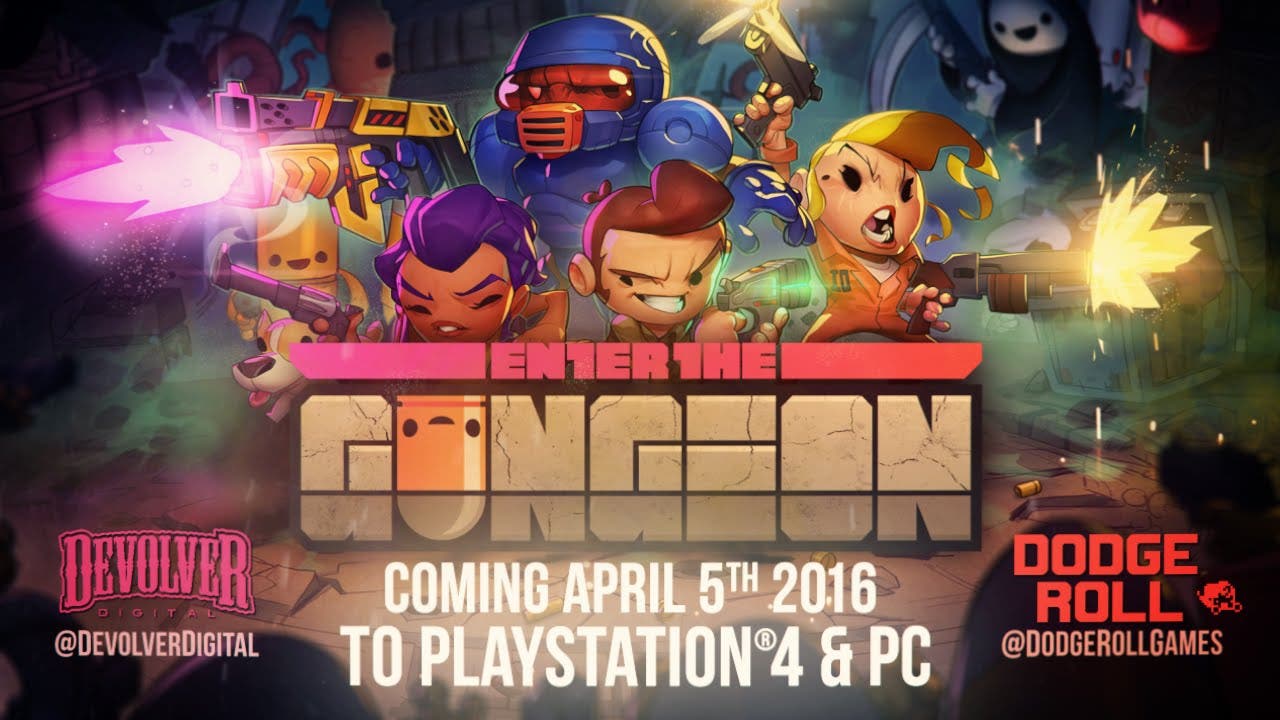 The noted pun artists of Dodge Roll Games and the firearm enthusiasts of Devolver Digital have announced that Enter the Gungeon will launch on April 5 via PlayStation 4 and PC/Mac/Linux.

Enter the Gungeon is a gunfighting dungeon crawler following a band of misfits seeking to shoot, loot, dodge roll and table-flip their way to personal absolution by reaching the legendary Gungeon’s ultimate treasure: the gun that can kill the past. Select a hero to battle alone or with a fellow Gungeoneer in co-op mode as you blast your way to the bottom of the Gungeon by surviving a challenging and evolving series of floors filled with the dangerously adorable members of the Cult of the Gundead. Gather precious loot, discover hidden secrets, and chat with opportunistic merchants and shopkeepers to purchase powerful items to gain an edge.

“Enter the Gungeon dares to dream about what would happen if you shot bullets at bullets that were shooting bullets back at you,” said Devolver Digital CFO Fork Parker. “Gun on gun crime is a real issue and I’m going to exploit it for money.”

Brave Gungeoneers will be armed to the teeth with hundreds of unique weapons and items for dangerous encounters with legions of gun-toting bullets. Handcrafted rooms combine to form procedurally generated dungeons and create a seamless new adventure as players unlock new weapons, uncover new secrets, and meet new allies sympathetic to their struggle. There’s also something called the Shotgun of Hate so get ready for that little gem.