Blackbird Interactive and Gearbox Entertainment are proud to announce the new SOBAN FLEET PACK, coming to players of Homeworld: Deserts of Kharak on March 22, 2016.

Priced at $6.99, players will get access to new units, weapons, and more through this DLC pack. The new content can be purchased here –http://store.steampowered.com/app/433241

Homeworld: Deserts of Kharak fans can also get a taste of the conflict involving the Soban Fleet through this recently uncovered dossier…

Kiith Soban are a highly respected force within the Northern Coalition. Although their tactical prowess is renowned, it is their ability to leverage advanced military technologies to deliver devastating long-range attacks, disrupt enemy movements, and manipulate the battlefield that has made them one of the most effective fleets to enter the battlefield in years.

This fleet pack will add the new playable fleet, Kiith Soban, to multiplayer and skirmish modes in Homeworld: Deserts of Kharak.  The Soban Fleet includes an all new CARRIER, RAILGUN, BASERUNNER and BATTLECRUISER. 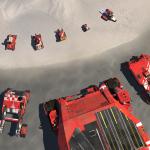 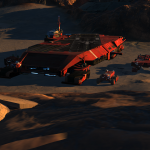 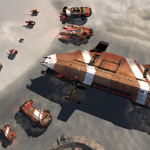