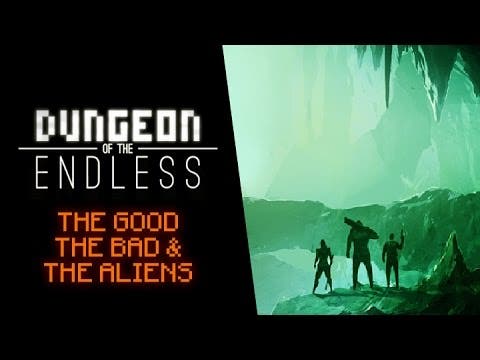 Dungeon of the Endless comes to Xbox One today

Award-winning indie developer Amplitude Studios announced today its popular dungeon-defense roguelike game Dungeon of the Endless is available now on Xbox One. Featuring updated and polished controls tuned for the Xbox One and a new and improved user interface, this unique blend of roguelike, RPG, strategy, and dungeon-defense genres has been hand-crafted for Microsoft’s platform.

Console players will experience dynamically generated retro pixel-art dungeons in both the single-player mode and the four-player cooperative multiplayer modes on the desolated planet of Auriga. They will feel the brutal do-or-die burn of a true roguelike while benefitting from the complete original PC version, and also the Deep Freeze and Bookworm add-ons. Dungeon of the Endless on Xbox One is available for $9.99 (US).

“We are very proud to bring to the Xbox One this unique roguelike and tower defense hybrid game, designed with the help of the community,” said Romain de Waubert de Genlis, creative director at Amplitude Studios. “The blend of genres, the challenge to truly cooperate in multiplayer, and the tough nature of the ‘Easy’ mode will provide, well, excuse the pun, endless hours of gaming fun for Xbox One fans.”

Originally distributed on Steam PC in October 2014, and nominated at the D.I.C.E. Awards for Strategy/Simulation Game of the Year and Outstanding Achievement in Game Design, DotE gives players the chance to build and equip their own team, gather resources and construct defenses, all while exploring an infinite number of dungeons in an effort to reach the planet’s surface.

Dungeon of the Endless on Xbox One Features Include: