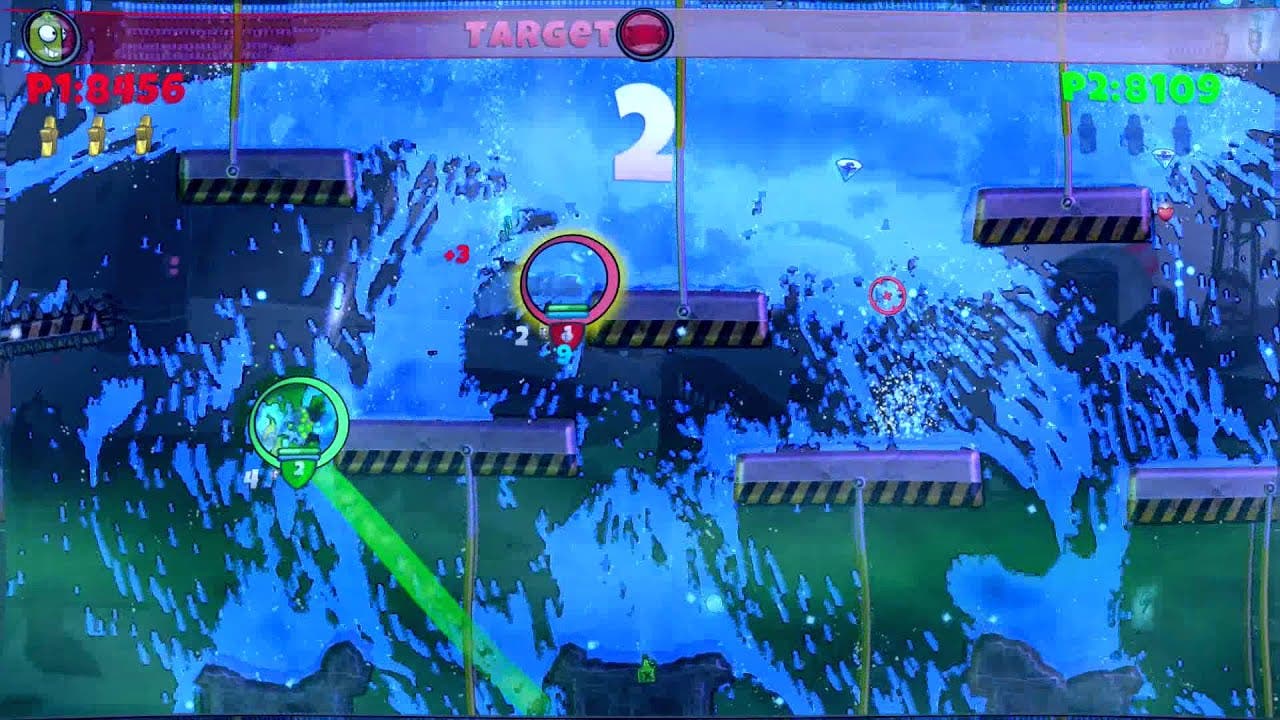 Organic Panic launches on PlayStation 4 and Xbox One today

GameMill Entertainment has launched Organic Panic, a side-scrolling action-puzzle-platforming video game from independent developer Last Limb. Organic Panic’s physics-based D.A.F.T. (Destructible and Fluid Technology) Engine lets players use their imaginations to solve challenges in clever ways across more than 200 fully destructible levels. Liquids move dynamically, and nearly everything in the game can be manipulated to get around or through obstacles and enemies – smash earth, douse fire, burn wood, melt ice, float objects, bounce off rubber, conduct lightning, use acid to disintegrate, and more. Anything goes!

“Organic Panic is the kind of game we would have played endlessly growing up – an old-school platformer with ridiculous characters and levels that give you multiple ways to progress and cause mayhem,” said Last Limb co-founder Damon Branch. “It’s a really fun game for friends and family to enjoy. We put all our hearts into it; years of development – so we’re really happy to finally share it and bring it to consoles for the first time.”

Set in a world of all-out war between Fruits, Vegetables, Meats and Cheeses, Organic Panic’s comic action and accessible controls make it easy to share with groups of all kinds while still delivering depth for hardcore players. Players can choose from four elementally charged heroes – Cherry, Kiwi, Carrot and Coconut – on their quest to top the game’s ranked leaderboards in single-player and four-player local cooperative and competitive multiplayer modes.

Organic Panic is available today as a digital release on the PlayStation®4 computer entertainment system through the PlayStation®Store for $14.99. It is expected to launch on Xbox One on the Xbox Games Store on April 1 for the same price, and will arrive later this spring on Windows PC via Steam, following its closed beta on Steam Early Access.

Organic Panic is rated E (Everyone) by the ESRB. For more information, please visit www.lastlimb.com, and follow the game on Facebook andTwitter.