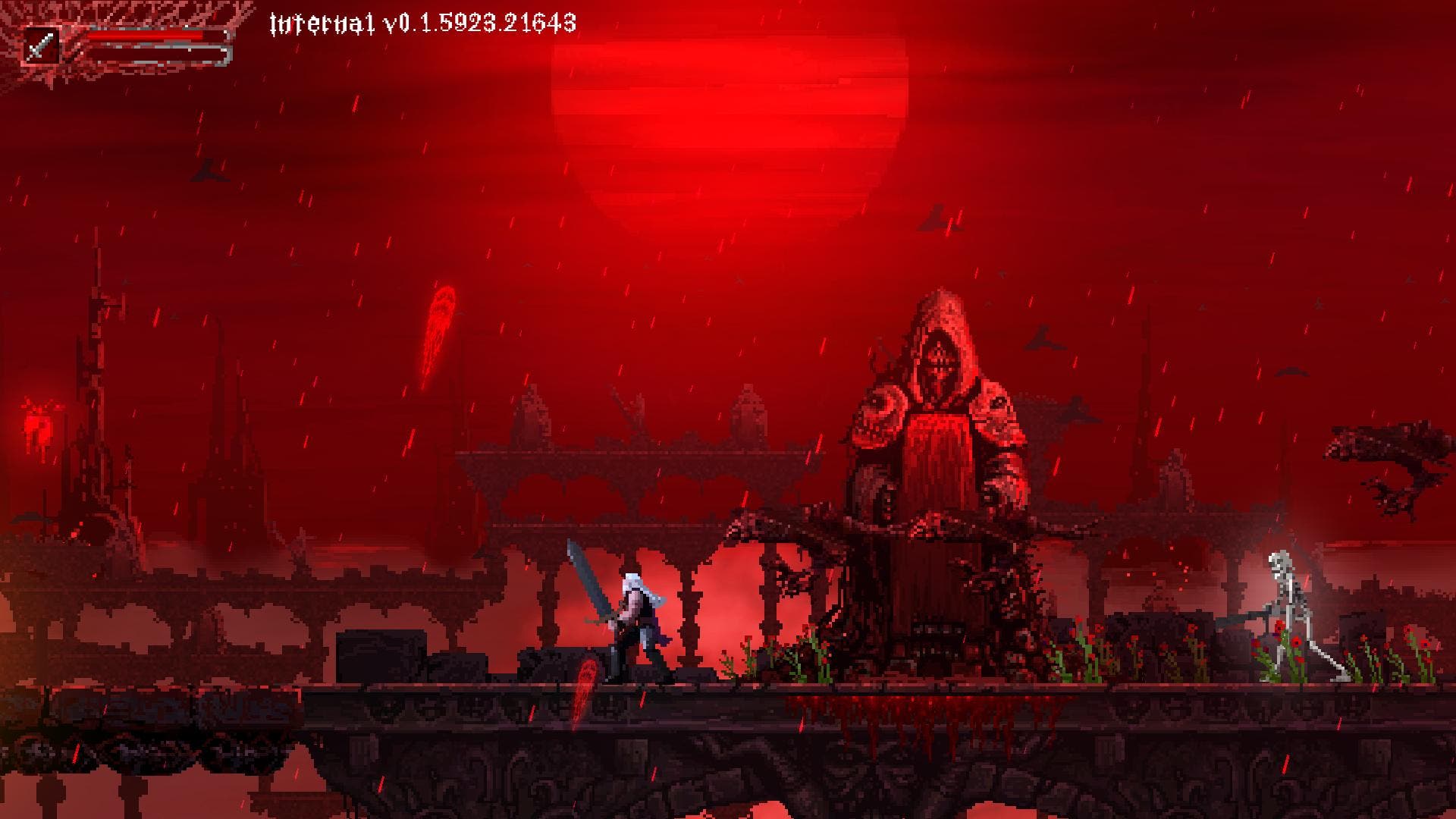 Slain! from Wolf Brew Games is finally here, after many delays and challenges, this gorgeous retro-inspired hack ‘n’ slash brawler is here to spill blood. It unfortunately cuts itself on its own rough edges. This game was a Kickstarter success, but in its final form it has few redeeming values to save it from being anything but pleasing to the eye. Slain! doesn’t give a good first impression. From the barely functioning menus to the lack of sound effects and overbearing music and the sometimes sluggish controls – it’s a game that feels unfinished. While Slain! has suffered from delay after delay, it still manages to feel incomplete in ways I would haven’t suspected. Somehow after all this development time, feels rushed out the door.

The story, is seemingly fine and standard for a game of this type. However, the dialogue that comes up to deliver these pieces of information via text is rather atrocious. There’s even spelling mistakes, and modern shorthand that completely ruin any kind of world building that’s being attempted here. The little voice acting there is, is output like some text-to-voice, and just doesn’t sound good to listen to.

Once you’ve been given a sword, it seems like you’re gonna have a great time, but the combat is often boring. Enemies, and even most of the bosses are broken, where you can just spam the crouch-attack and be victorious. Without enemy healthbars, you can’t tell if you’re even doing damage until you see the stilted death animation. The enemies hit hard, and becomes difficult, which is fine – but it just doesn’t feel like you are making contact with the enemy, and the lack of feedback in visuals and sound creates this disconnection. You thankfully have a cool dodge move that’s reminiscent of Castlevania: Symphony of the Night with the way it looks, and is used to back away opposite of the direction your character is facing. You also are given spells which use mana, and can be refilled at certain sections of a level, but does not regenerate on its own.

Across the seven locations of the game, you’ll be tasked to often do some platforming. It would be fine, except that many of the lateral platforms move painfully slow, and impatience sets in. Things like hitting switches become obnoxious trial and error, and it is simply frustrating. There’s definitely some odd design decisions, and inexperience coming into play.

Detailing how broken and unresponsive a game is the last thing I want to spend time on, but it is important to address with Slain. For instance, achievements don’t unlock despite meeting the requirement. No matter how you feel about them, achievements not unlocking are indicative of this broken experience with something seemingly simple. When you die, there’s a jarring cut to the game over screen, or if you enter a cutscene, a quick cut with no transition. Going back to the main menu means text overlaying other text making it hard to discern anything, or not even responding. It’s really unfortunate to see all of the game’s issues stack upon itself. I’m not sure to the hows and whys it released how it did, but I sure wish it was given more time. If nothing else, the visual style of using sprites drawn in pixels as a design is excellent. This is a game where you let it sit and just watch the idle animations and examine the backgrounds. Because each environment is wonderful to look at, with a hand-crafted look and feel. All of which are equally Gothic, dark, but with a unique splash of color to tell them apart from one another.

The fantastic soundtrack plays regardless of interaction, and is not dynamic with what you’re doing in the game. It’s like when games had audio tracks and are playing independently. The aforementioned soundtrack of Slain! is really well done too, appropriately metal and moody, this is because it is composed by Curt Victor Bryrant of the Swiss metal band, Celtic Frost. Now, either the sound effects are either nonexistent or muted below audible hearing. And no amount of volume adjusting can be done in the menu. They could have complimented each other so well. Slain! offers a nice challenge in terms of difficulty, but it is a struggle to get to the end. It isn’t so much so that you can’t beat the game, but it is just not enjoyable to play. But it is great to look at, and the art is incredibly well done. Slain‘s issues are all fixable with some patches, but as it stands this is can’t be recommended with combat being so dull and unrewarding amongst many technical issues that render the game nearly unplayable.