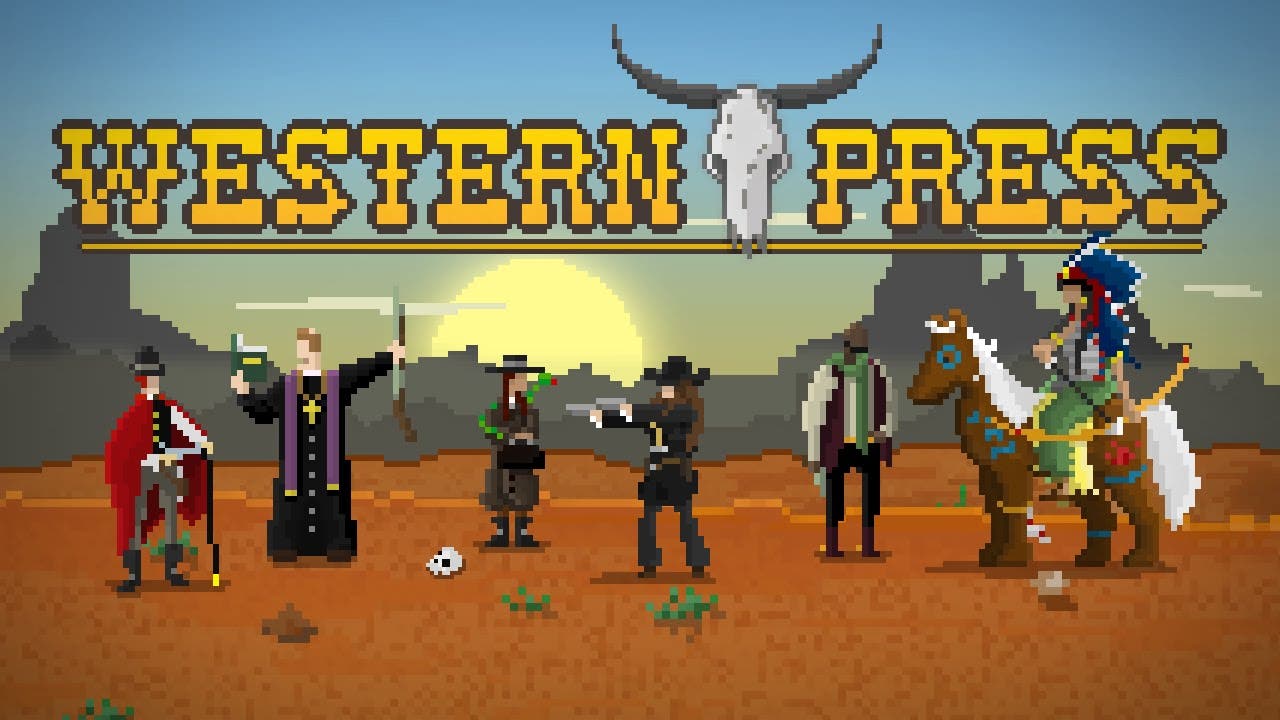 Developer Bandit-1 and indie label Surprise Attack Games today announced that Western Press will launch tomorrow (Thursday April 21st) for PC and Mac via Steam and the Humble Store. A rapid-fire frontier dueling game, Western Press finally allows up to 16 players to settle the age old question of who can press a random string of ten buttons the fastest.

Costing just a fistful of dollars (US$4.99), gameplay in Western Press is swift and simple: Choosing from 16 animated avatars, two players at a time face off in a duel to the death. Ten randomised button prompts appear on the screen, the first to complete the string draws iron, the second eats lead.

Western Press features support for up to 16 player tournaments, online and local play, as well as heavily customisable options. Along with Fastest Time mode, it also has a single player ladder to both earn your skill level and unlock characters, and Memory mode for those with more cerebral power than dexterity. Western Press caters to all degrees of the competitively inclined. Players can also use their weapon of choice, as Western Press works with both Xbox and PlayStation controllers, keyboard and selected PC dancemats.

Integrated Steam Workshop support allows the creatively minded to easily add custom characters, stages, taunts and soundscapes. With characters being shared dynamically while playing online. To kick things off, Drinkbox Studios have generously allowed Juan Agucate, star of Guacamelee, to join the fray. The battling luchadore is available today for all players to add to the game for free via Steam Workshop.

The frantic pace, built-in tournament support and comedic tone of Western Press caught the eye ofTwitch during development and it can today be revealed that Western Press will be the first round game of the streaming broadcaster’s super serious, super salty PJ Saltan of Stream tournament. Taking place at this weekend’s PAX East convention, 16 streamers will put their reactions and dexterity to the test in a brutal fight to crown the quickest fingers in the East.