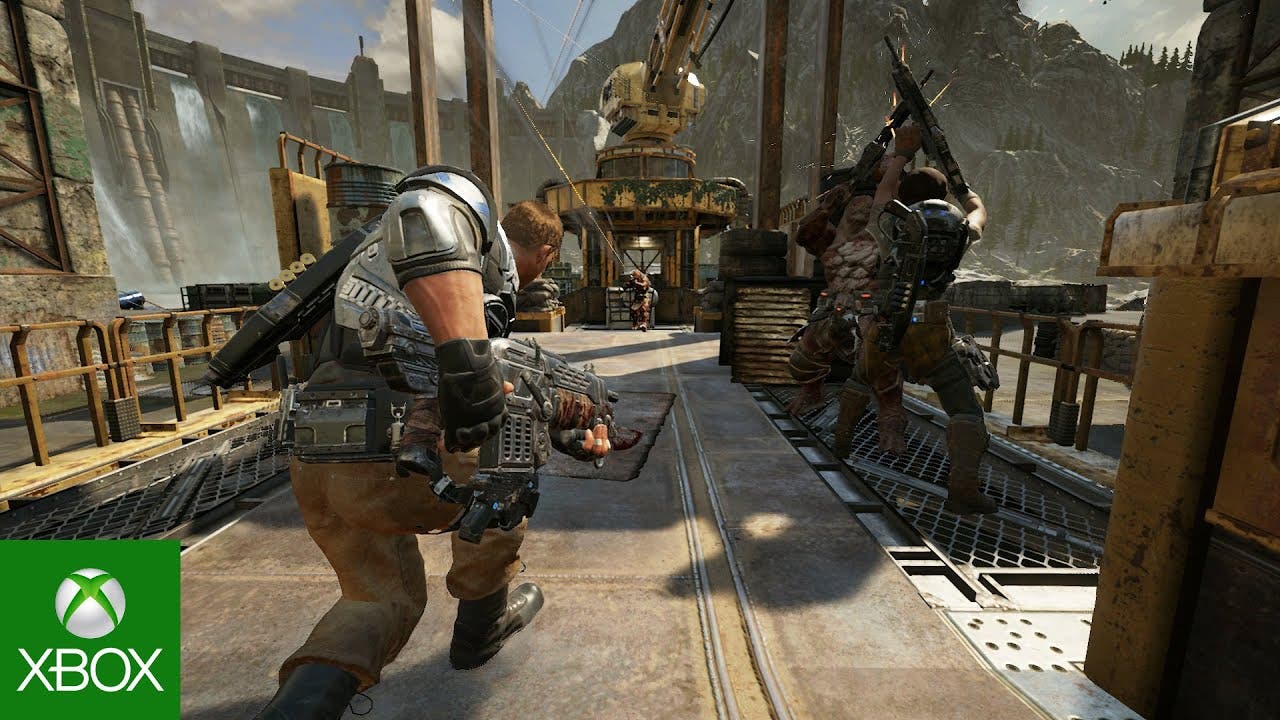 This coming Monday, April 25, the “Gears of War 4” Versus Multiplayer Beta will open up to all Xbox Live Gold members. To get fans ready for the fight, Xbox and The Coalition released a brand-new trailer today showcasing highlights from “Gears of War 4’s” Versus Multiplayer mode, including an incredible arsenal of new weapons including the Buzzkill and Dropshot, which can shoot around and over cover; new abilities like yank and vault kick, part of the new close-cover combat system; and brutal new executions, all running at 60 fps.

The trailer is set to the brand-new track “Nobody Speak” from DJ Shadow featuring El-P and Killer Mike from the hip-hop supergroup Run the Jewels. “Nobody Speak” debuted last weekend during Run the Jewels set at Coachella and is the second time that Xbox has joined up with Killer Mike following last year’s announcement of “Gears of War Ultimate Edition.” “Nobody Speak” is DJ Shadow’s first new song since 2011 and will appear on his upcoming album, The Mountain Will Fall out June 24thfrom Mass Appeal records.

“Gears” fans looking to get their fix of even more Versus Multiplayer news can also Tune in TOMORROW for the “Gears” eSports ESL Pro League Season 2 Grand Finals! Denial, DreamTeam, EnvyUs, and Notorious will battle it out for $60,000 in front of a live crowd at PAX East in Boston.

Fans also won’t want to miss the exclusive worldwide reveal of Escalation, the new competitive game mode for “Gears of War 4,” with 10 pro players facing off in the first “Gears of War 4” showmatch. Watch live tomorrow at 11:00 AM EDT / 8:00 AM PDT onwww.twitch.tv/GearsofWar for top “Gears” gameplay, and digital weapon skins, and rare giveaways.

Lastly, fans at PAX East will be treated to “Gears of War 4” Versus multiplayer located in the Xbox Booth.