The Tour de France 2016 official games will be available on PlayStation 4, Xbox One and PC in June. Cycling lovers and Grande Boucle enthusiasts will be able to wear their favorite team’s jersey and ride in the Tour as a cyclist on the console editions, or become the sports manager on the PC edition. Today you can discover the first screenshots for the Tour de France 2016 official games, which will come out this year, with a peloton full of new features.

In the Tour de France 2016 for consoles, play as the greatest champions seeking to wear the yellow jersey in the 21 stages of the 2016 Tour, and in other big competitions such as the Critérium International or the Dauphiné. You will guide your rider in the heart of the race and you will have to attack, sprint, counter-attack, choose the best trajectory and make the best tactical decisions. Decide to hit the road alone, challenge your friends or play cooperative on the same screen.

This year, experience even more realistic stages thanks to enhanced graphics that bring the new route to life as you run by the Mont Saint-Michel, the Mont Ventoux and a big final on the Champs Elysées. The Challenge mode, that puts your descent skills to the test, is now multiplayer, while the Pro Team, in which you build your team over several seasons, benefits from many improvements and from a brand new sponsor and objective system! Finally, sprint lovers can now “throw their bikes” and win precious inches in order to be the first to cross the line.

On PC, become the sports manager for a team of professional riders, and take part in a great 2016 season packed with new features, during more than 200 competitions (550 stages) including the famous Tour de France 2016 and La Vuelta. It is up to you to coordinate every aspect of a team’s life: recruiting, contracts with cyclists and sponsors, managing the staff, training and handling the race calendar… in addition to making real time key decisions during the stages. Play by yourself or challenge managers from all around the world in an entirely rethought online multiplayer mode (create competitions, races, rules, co-op events…)!

In this new edition, the Pro Cyclist Mode, which lets you play as a young cyclist whom you guide to the top, is back with more interactions between you, your teammates and your manager. The Career mode provides a more intense challenge thanks to a new objective and sponsor system. This 2016 edition is more realistic, thanks to its graphical improvements, new sceneries, clearer interface, improved relaying of information, and a more advanced AI that takes into greater consideration cyclists’ physiological abilities and also improves shape and behaviors during breakaways. Finally, you will be able to share content with the community using the Steam Workshop to constantly renew your game experience. 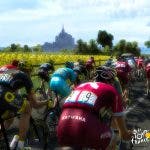