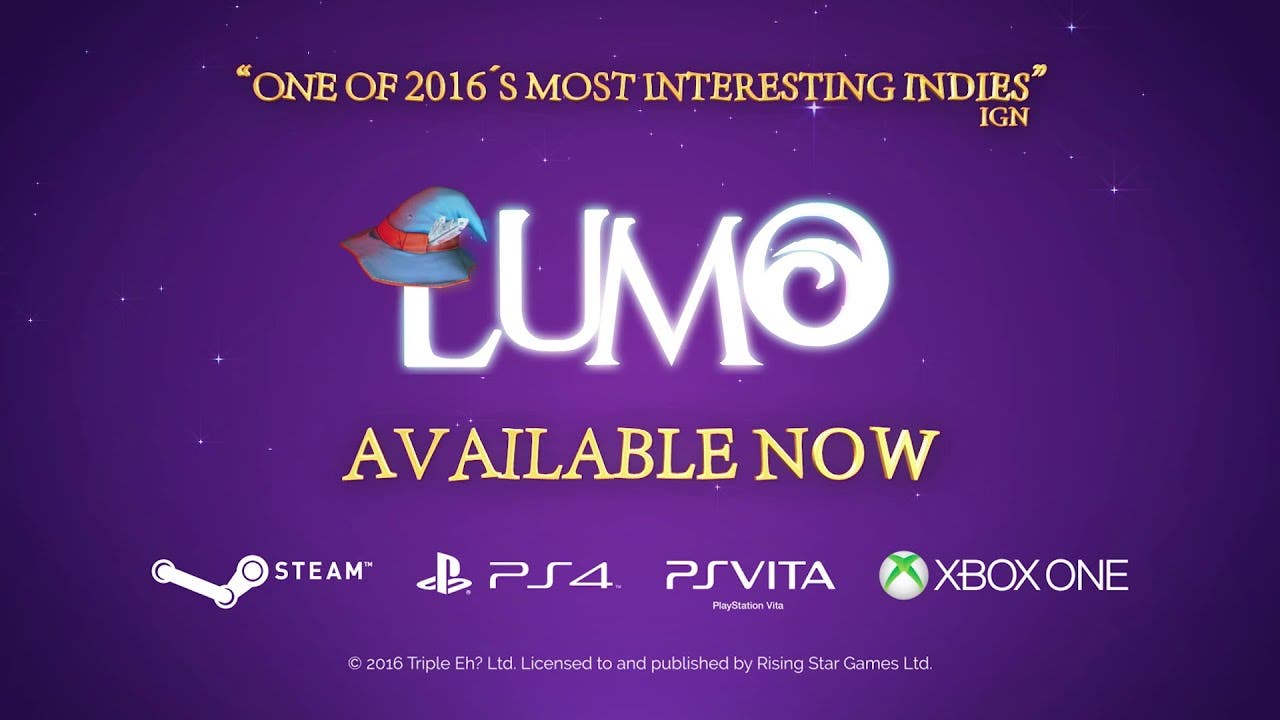 Lumo releases today on PS4 and PC, more consoles and platforms in June

Rising Star Games, a video game publisher renowned for bringing unique and diverse games to players everywhere, announced today that Lumo is now available on PlayStation®4 computer entertainment system, PC, Mac, and Linux and will be coming to PlayStation®Vita handheld entertainment system and Xbox One, the all-in-one games system from Microsoft, in June. Lumo has dazzled players in every public appearance it has been showcased at in Europe and North America.

“Lumo is the game I’ve always wanted to publish, to be able to bring to a huge audience a project that we have nurtured for such a long time,” said Martin Defries, Managing Director of Rising Star Games. “It is a labour of love from a true talent, an homage to all that is great about games as an entertainment. Lumo has a timeless quality, it is unique and special.”

Developed from industry veteran Gareth Noyce who has founded his own studio, Triple Eh? Ltd., Lumo is a modern vision on classic isometric-styled platform adventures that were highly popular in the formative golden years of video gaming. Now, a new generation will be captivated by the unique visual style, ingenious puzzles and level design, and delightfully chill tunes that makes Lumo magical.

Lumo is a contemporary take on the isometric platform genre that will be enjoyed by anyone looking for an absorbing, challenging, and rewarding adventure. For those who lived through the golden age of video games – the ‘80s and early ‘90s – or familiar with the games and culture from that time, there are numerous salutes to the influential gaming period to be discovered and relished in Lumo. With over 400 rooms across four highly stylized zones, six hidden mini-games and all kinds of wonders to uncover, Lumo is a true voyage of discovery.