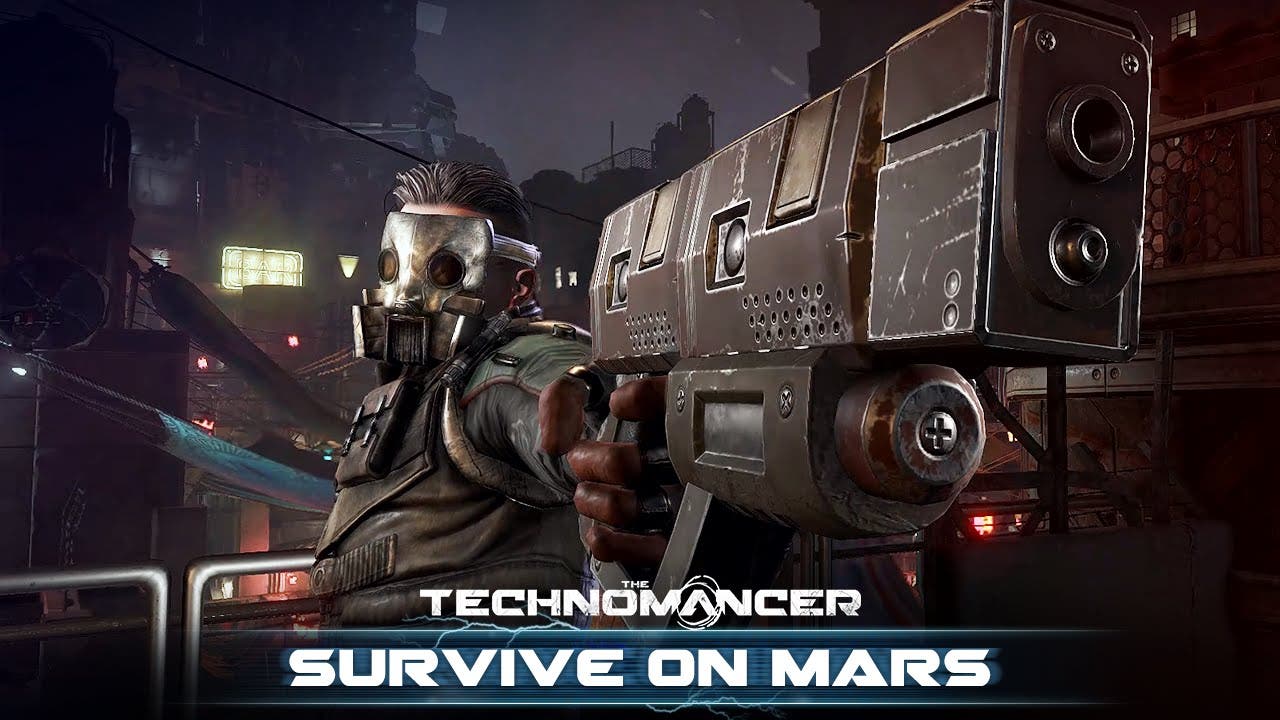 The Technomancer, the sci-fi RPG set on Mars, releases on June 28 and will be available for PlayStation 4, Xbox One and PC. We previously showed a Gameplay Trailer giving you an overview of the gameplay mechanics of the title, as well as a Companions Trailer showing all the interactions and relationships you can build with your teammates. Today, we’re unveiling a brand new video that will teach you how to Survive on Mars.

With its terraforming aborted hundreds of years ago, and a murderous sun to boot, the Red Planet isn’t exactly a hospitable place, and every nook and cranny of the forsaken planet holds deadly, lurking threats. Just like these hybrid creatures roaming the canyons of Mars, originally bioengineered by the first settlers from the genetic makeup of animals found on Earth. But the other human survivors can be just as dangerous. Ever since Mars got isolated from Earth, multiple factions have risen, desperate and determined to secure whatever power they may get hold of. You will be able to befriend these factions depending on your actions and your choices throughout the story.

Thankfully, you have all the tools to survive this harsh environment. While a diplomatic or a stealthy approach can be the best choice to escape from a perilous situation, sometimes combat is the only way, and the use of your devastating Technomancer powers will be crucial. Each of your powers can be upgraded by spending points in the skill tree, but they also all have access to two mutually exclusive upgrades, changing the way the power behaves. These upgrades, coupled with your handpicked special talents and choice of equipment and crafting components, will heavily influence your combat strategy, and overall playstyle.

Your technomancy powers compliment your chosen combat stance: fight with the Staff, the signature of a Technomancer; with a blade and gun, the mark of a rogue; or a mace and shield, the weapons favoured by soldiers. Just like with technomancy, each of these three stances has its own skill tree, where you can gain new skills, but also improve them through different upgrade paths.

Upgrading your arsenal is equally important. You will find, loot and buy better weapons and armor. Each has its own bonuses, and some also have crafting slots, allowing you to further improve their stats according to your preferences and playstyle. You’ll be able to improve damage, resistance, as well as add various special effects such as disruption, resistance to specific damage types, energy regeneration, and more. Improving your crafting talent and learning new construction plans will let you craft more powerful gear.

Forge the destiny of Mars when The Technomancer comes out on June 28 for PlayStation 4, Xbox One, and PC.