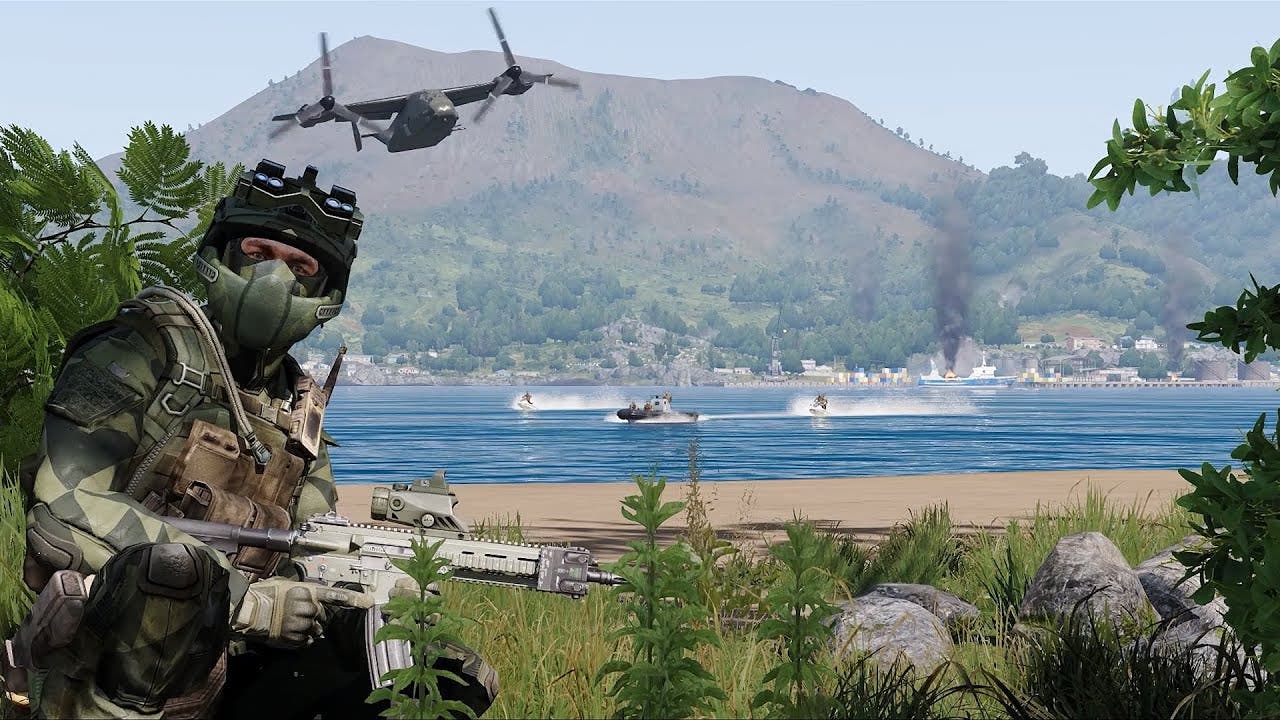 Celebrated with a launch trailer, Bohemia Interactive today released the much-anticipated Apex expansion for their tactical military shooter game, Arma 3. For the first time ever in the series, players are deployed to a South Pacific warzone, reinforced with new vehicles, weapons, and gear to overcome the challenges of a hostile foreign terrain.

As reflected by the expansion’s name, Arma 3 Apex represents the pinnacle of over 15 years of Arma development. It builds upon the series’ signature large-scale authentic combat gameplay, where movement, shooting, and teamwork truly matter – and introduces fresh opportunities for all types of combat operations.

The key features of the Arma 3 Apex expansion are:

On the road to Apex, Bohemia Interactive released several free platform updates for Arma 3. The highlights of these updates include a major audio-visual upgrade, a 3D scenario editor, a new server browser and enhanced mod handling in the Launcher, Quick Play, vehicle-in-vehicle transport, weapon switching, spectator mode, and many user experience enhancements, such as a new main menu, a new default control preset, and more.

“With Arma 3 Apex, there’s never been a better time to get into the series. Built upon a diverse, open platform, the expansion offers up a multiplayer-focused set of content, complimented by some great new additions to our arsenal, all set in the truly splendid backdrop of Tanoa – a fresh experience of combat, and an exicting new sandbox for our dedicated community.”

“We’ve been focused on Arma 3 Apex for over two years, and it’s incredibly satisfying to finally see all of that hard work come together. Tanoa is without doubt one of the best terrains in the Arma series, providing an experience that we can only refer to as a “green hell”. Together with the new vehicles, weapons, uniforms, accessories, and of course the co-op campaign, we are certain this will keep players engaged in combat for a long time. I’m extremely proud of what the team has achieved. This really is the Apex in Arma 3’s development journey.”

For more intel on the Apex expansion, please visit the official web page at www.arma3.com/apex – where you can find a complete overview of its content and features. To keep track of all the latest news and updates, be sure to follow Arma 3 on Facebook, Twitter,YouTube, and Steam.