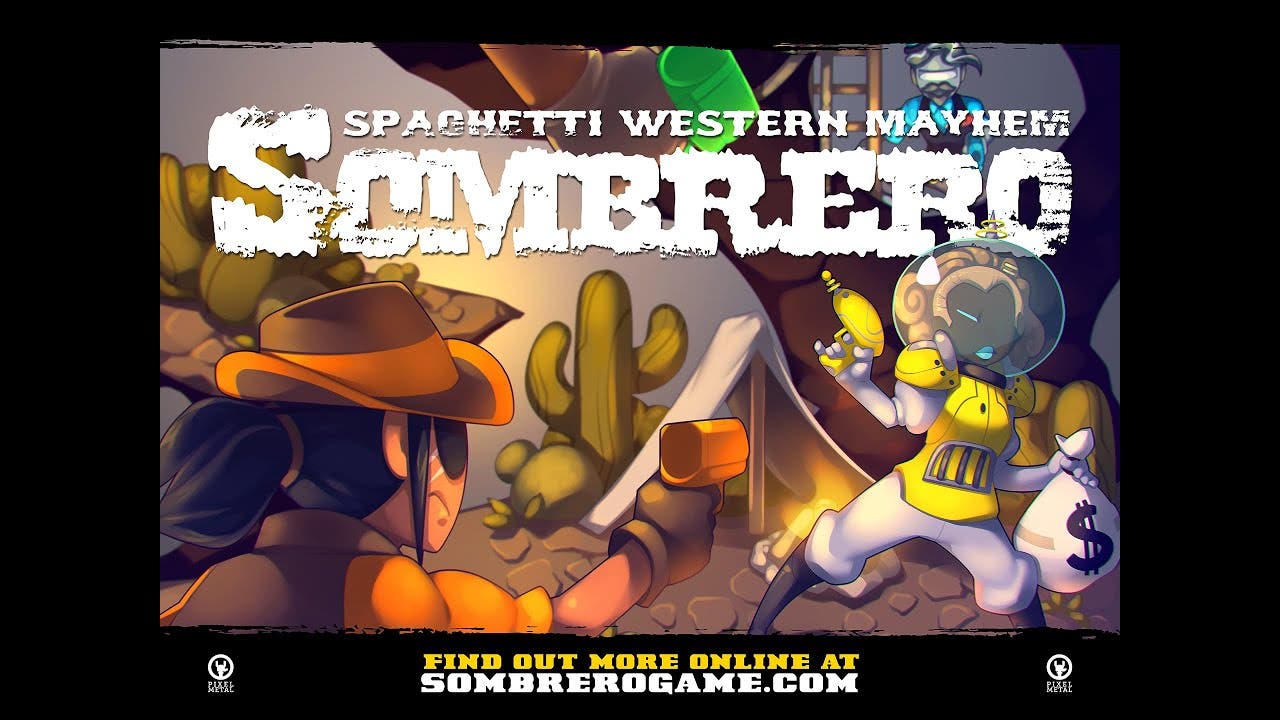 Load up your six-shooters and round up your friends for Sombrero, a rapid-fire party game of spaghetti western mayhem for 2-4 players (local and online), coming to PC and Xbox One.

Choose from nearly two dozen characters and lunge through a non-stop hailstorm of bullets and TNT. Pull up a couch or head online to blast your friends across four different game modes with a bunch of authentic weaponry…they had exploding rocket-powered fists back then, right?

The debut game from one-person developer PixelMetal, and indie game publisher Alliance Digital Media, Sombrero is coming soon to Steam and Xbox One. As an added bonus, there will be free post-launch content that will add even more mayhem to the mix!