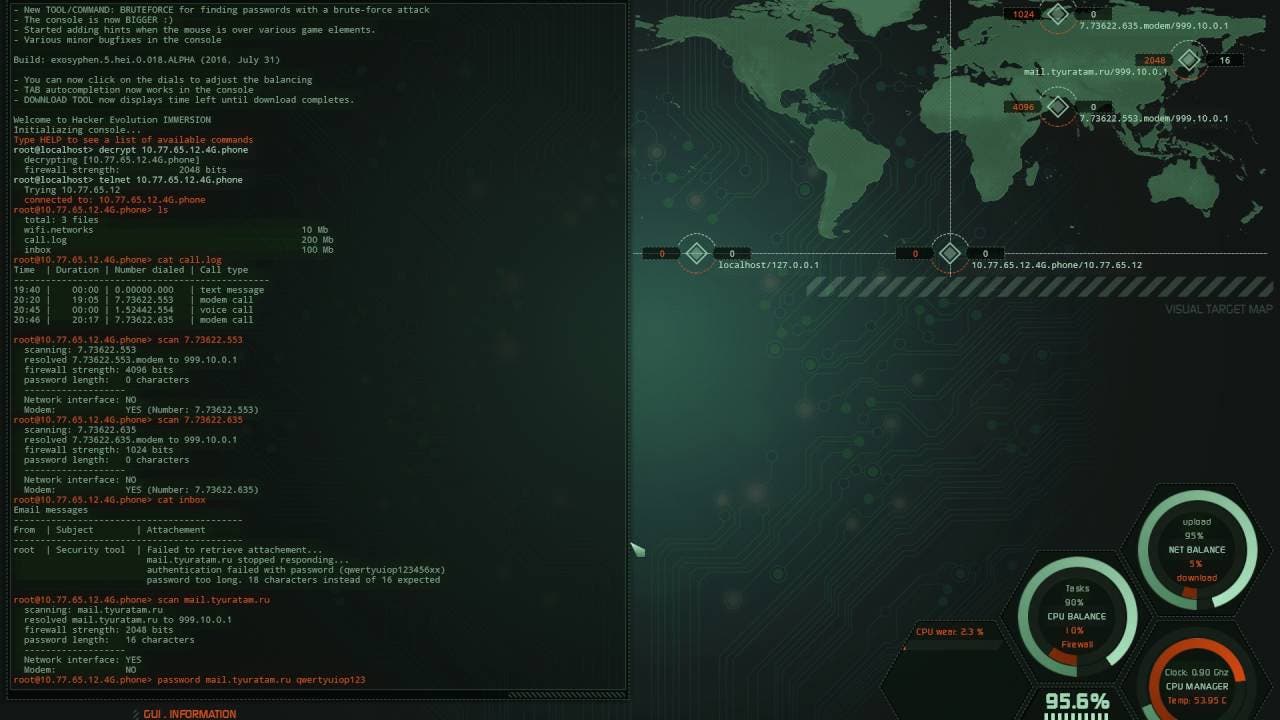 Hacker Evolution IMMERSION gets update while in Steam Early Access, releases later in 2016

Indie game developer and publisher Exosyphen Studios is proud to announce Hacker Evolution IMMERSION as the latest installment to their best-selling series on PC, which currently includes Hacker Evolution, Duality and Untold. Scheduled for official release in Q4 of 2016, it is possible to pre-order and download today via STEAM™ (Early Access) or directly from the games dedicated fan-site. IMMERSION takes you on a mesmerizing hi-tech “hacking journey” from the past to the present on a quest to unravel the dark secrets of Russia’s space technology program beginning with “Sputnik 1”.

IMMERSION offers a completely new and innovative design. Once again, the popular console becomes the centerpiece of the action and features an enriched and improved set of player-commands at your disposal. GUI-elements in the new version are re-created from scratch with stunning attention to detail resulting in a highly realistic and visually impressive environment. Tasks, challenges and missions within the game now requires additional player-interaction; gone are the simplistic hacking- and decrypting-tasks from previous encounters.

Pre-order today and join a vibrant community of fans and followers helping to improve an already phenomenal gameplay experience!