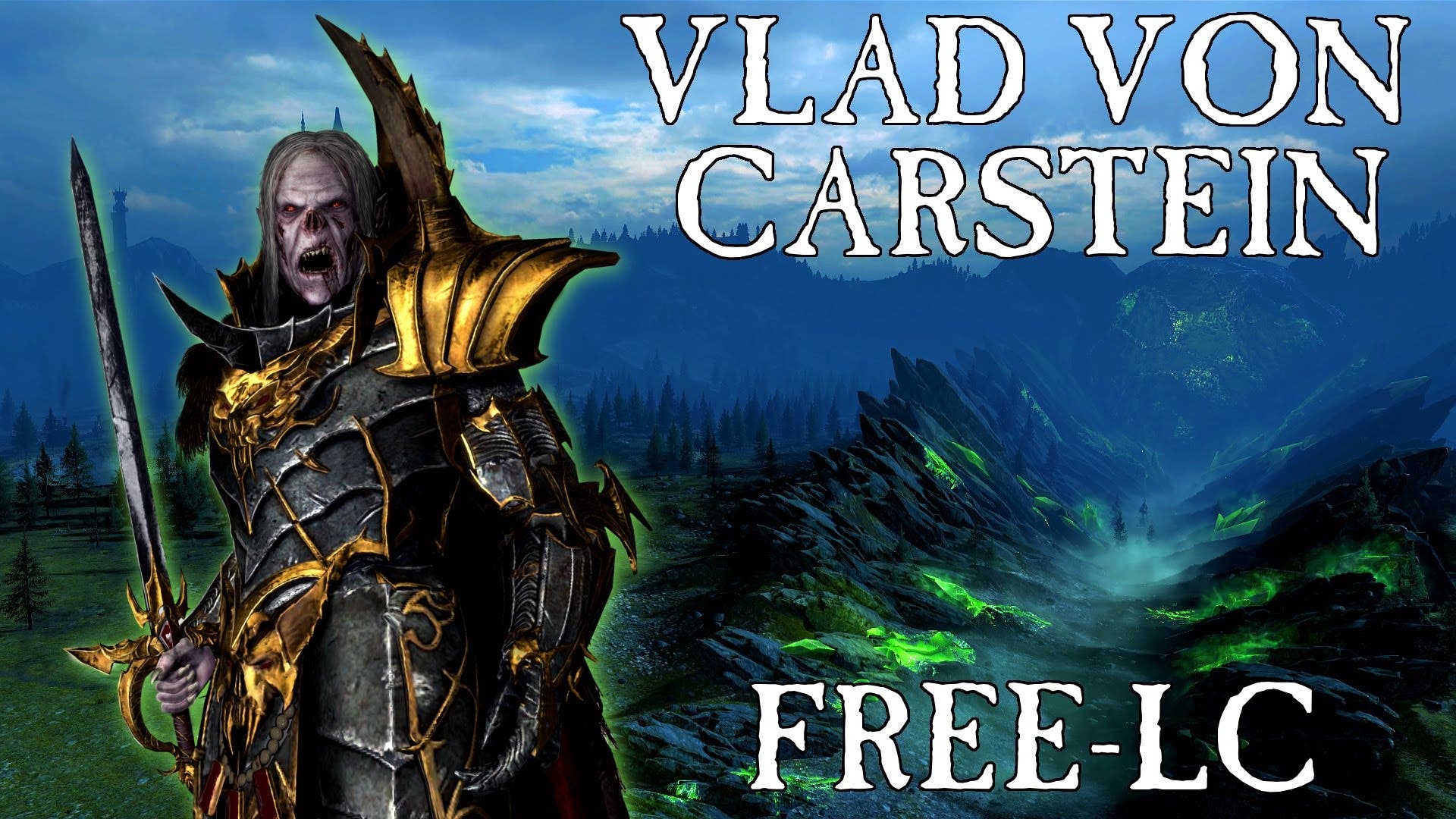 Creative Assembly releases the next stage in the Total War: WARHAMMER free content schedule drops today as Vlad von Carstien takes to the field for the Vampire Counts. A new Legendary Lord complete with his own skills, abilities and quest chain will be accompanied by five new battle maps for all current owners of the game.

The first – and arguably greatest – of the Vampire Counts is a nigh-unrivalled practitioner of the Lore of Vampires, whose thirst for the throne of the Empire rivals even that of Mannfred himself. For more info on Vlad von Carstein check out this latest let’s play revealing all the Legendry Lord’s unique features: https://www.youtube.com/watch?v=zrYhG1aWhc4

New paid DLC also arrives today as The Grim & The Grave adds Volkmar the Grim for the Empire, and Helman Ghorst for the Vampire Counts. Alongside this, The Grim & The Grave also adds two new lord types to the game with the Vampire Counts receiving the fearsome Strigoi Ghoul King, and the Arch Lector, mightiest of all warrior priests, joining the Empire.

Alongside the DLC and Free content, a new update for Total War: WARHAMMER has also been released today offering a number of tweaks, fixes and balance changes. Full update notes are available here: http://wiki.totalwar.com/w/Total_War_WARHAMMER_Update_3