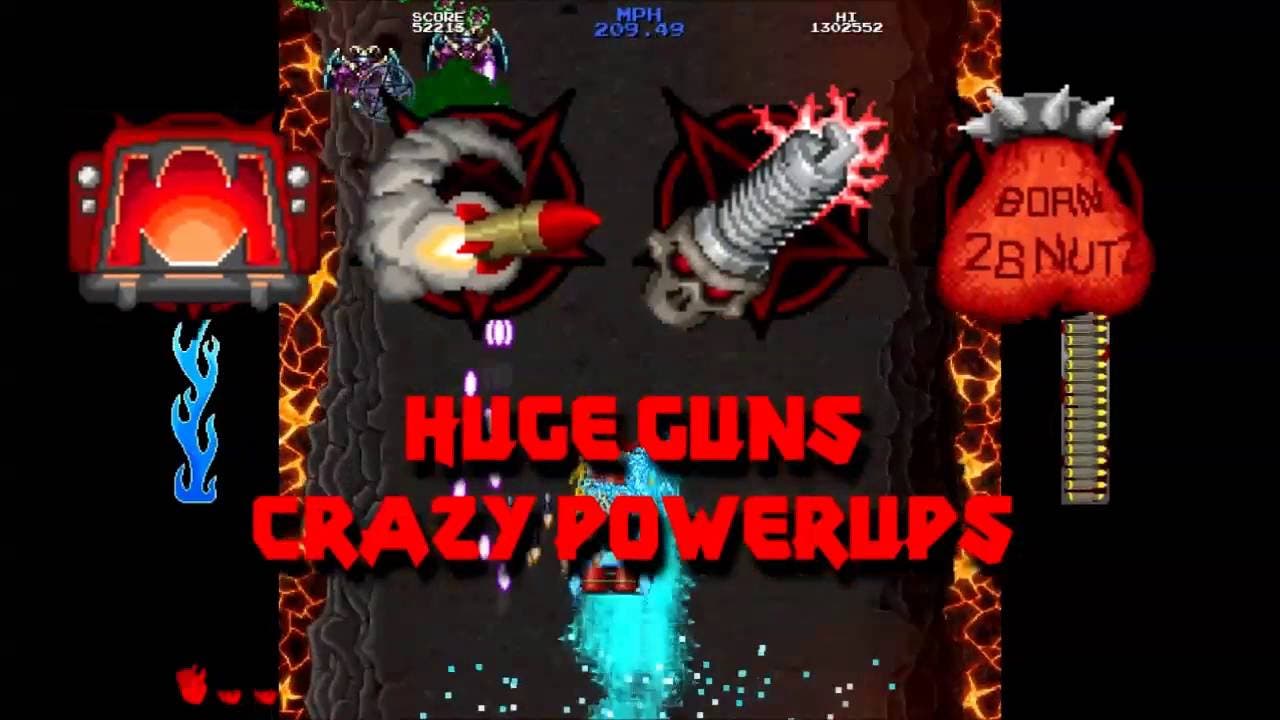 A badass rig drives only for the glory of Satan and is racing furiously towards the next hell. It’s up to you to defend it against waves of enemies using any means possible in the new endless runner on Steam today, Demon Truck from developer Triger Mountain. [http://store.steampowered.com/app/489760, $4.99] This is straight up arcade action, y’all.

Demon Truck challenges players to survive as long as they can in a storm of high-speed blistering metal action: Crush obstacles, throw enemies under the wheels, and unleash an arsenal of evil including bigass guns, lasers and crazy projectiles against the weaklings trying to take you down. Giant boss trucks and laser scorpions will try to stop you, watch them wither and melt before the fury of Demon Truck!

Those demons lasting the longest in Demon Truck will be immortalized forever on the Demon Truck global leaderboard, or at least until a more evil-er demon replaces them. Dominate each wave and get one step closer to Demon Truck greatness with randomized weapons and configurations to make the most demonic truck in ever in the history of the unholy universe.

For more information about Demon Truck hit up http://store.steampowered.com/app/489760.