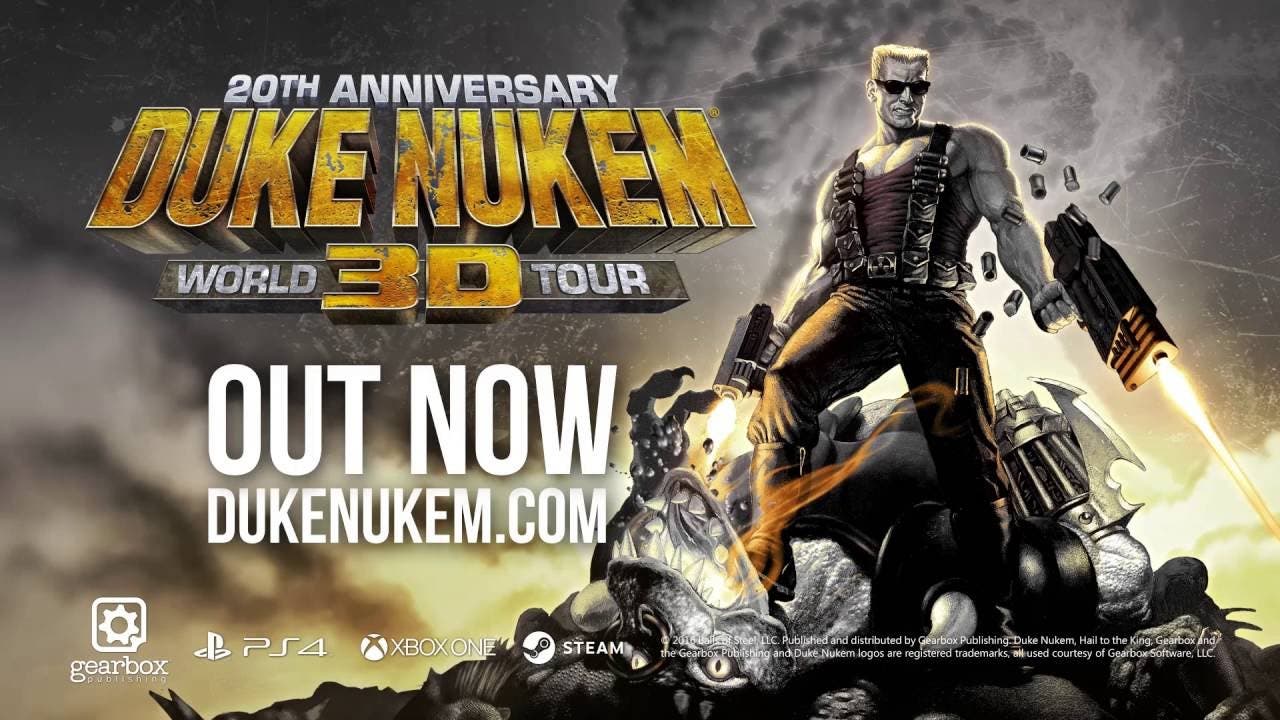 Gearbox Publishing is proud to announce that Duke Nukem returns to save babes and kick alien ass once again in Duke Nukem 3D: 20th Anniversary Edition World Tour. Now at the fingertips of gamers on contemporary platforms with new, never-before-seen content from the original development team, this anniversary edition of the landmark first-person shooter is available digitally starting at 5:00 PM PDT today on the PlayStation 4, Xbox One, and Windows PC via Steam® for an MSRP of $19.99. The game will also be available in disc format at the same MSRP for PlayStation®4 and Xbox One consoles at GameStop stores in North America beginning on October 18, 2016.

“We feel there isn’t a better way to celebrate 20 years of Duke Nukem 3D than to get the original team back together and provide this love letter to Duke fans,” says Steve Gibson, head of Gearbox Publishing. “With all-new content built on top of what is undeniably one of the most iconic first-person shooters in gaming history, this is the ultimate Duke Nukem experience for both seasoned fans of the title and gamers from a new generation experiencing it for the first time.”

Duke Nukem’s brazen return to the limelight sees him saving the world again in a brand new and bigger-than-ever fifth episode, Alien World Order. Showcasing his trademark bravado and wielding an arsenal of weapons worthy of The King himself, Nukem travels to eight iconic new locations to gun down alien scum on his World Tour, including Amsterdam, Moscow, Paris, Egypt, San Francisco and more in eight huge new maps from Duke Nukem 3D’s original designers.