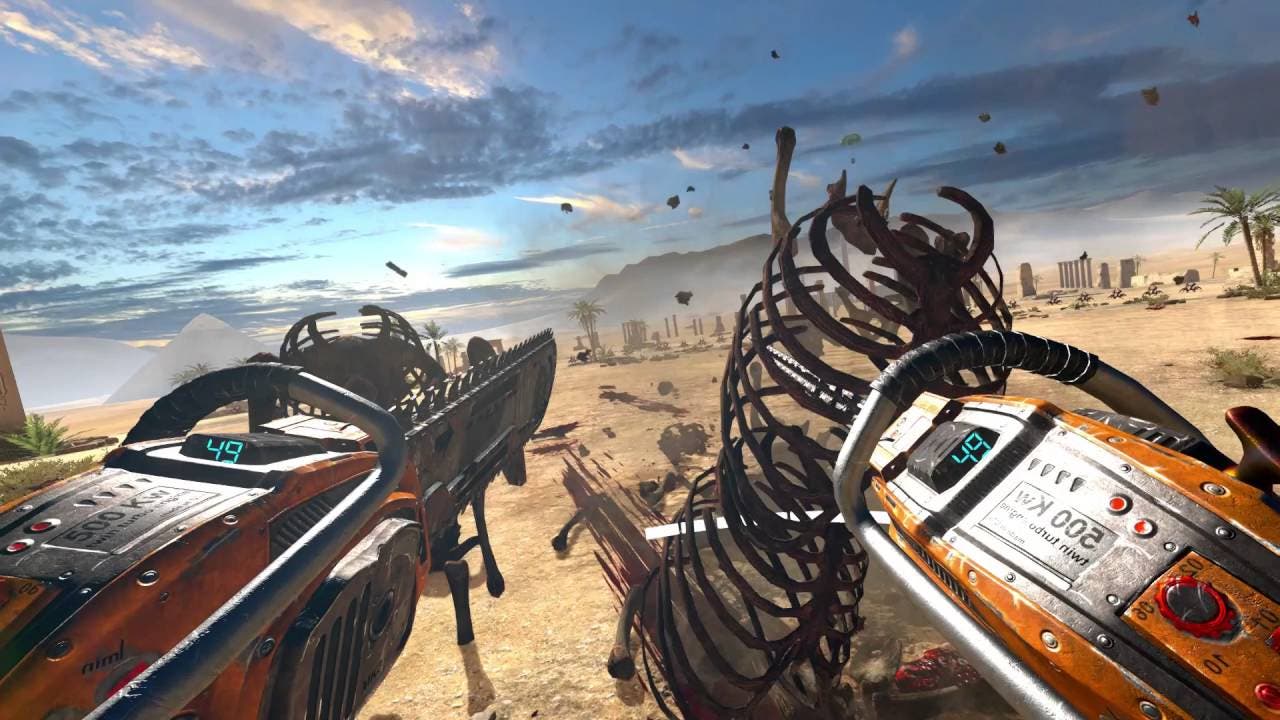 Legendary developer Croteam and virtual publisher Devolver Digital have released Serious Sam VR: The Last Hope on Steam Early Access (http://store.steampowered.com/app/465240/). Serious Sam fans and VR connoisseurs can dual wield and dominate with their HTC Vive immediately with planned support for Oculus Rift + Touch controls upon the hardware’s release. Those with that pull the trigger on their purchase of Serious Sam VR: The Last Hope this week will get 20% off the $39.99 price.

For the first time, immerse yourself in the universe of Serious Sam – travel the galaxy, meet interesting aliens, and blow the shit out of them all in a mind-blowing, fast-paced, guns-blazin’ virtual reality environment. Get into the action immediately after choosing one of several missions, drop in and start wreckin’ faces. Featuring multiple levels on multiple planets, the bosses you’ll encounter in this virtual world are bigger, badder and uglier than you’ve yet encountered as Sam Stone. And the bigger they are, the harder they fall.

Serious Sam VR is planned to be in Early Access for six months but community involvement and feedback will ultimately guide development and determine when the game is ready for full release. Planned features include new weapons, enemies, and worlds as well as new gameplay mechanics, difficulty modes, and a player customization skill tree.