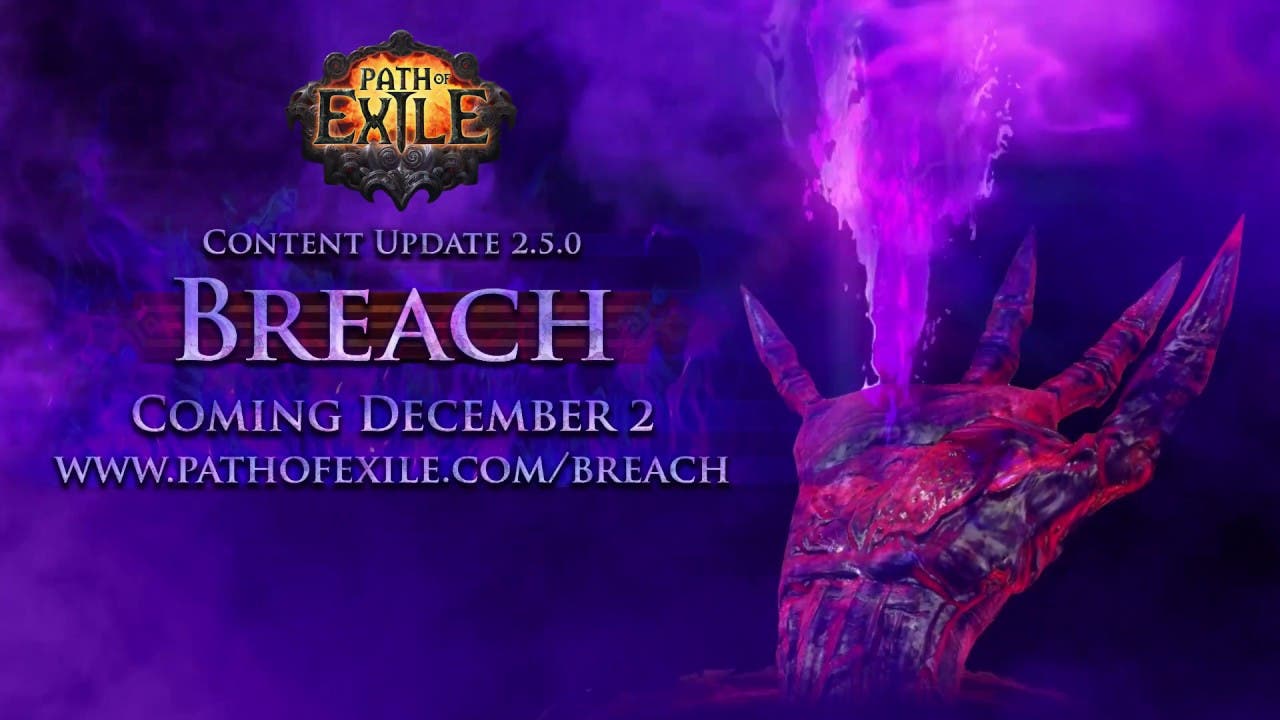 Grinding Gear Games announced today that it will launch a brand-new content update (2.5.0) for their hit online ARPG, Path of Exile at noon pacific time on Friday, December 2nd, 2016.

Path of Exile was released in October 2013 to critical acclaim including winning GameSpot’s PC Game of the Year award.  Since its launch, Path of Exile has become a world community of over 14 million players including localized versions in Traditional Chinese, Russian, Thai and Brazilian Portuguese.

Path of Exile: Breach, like every release of PoE, is completely free-to-play (and of course, never Pay to Win – This means that your success in the game is dependent on the depth of your skill, not your wallet). More information about Path of Exile: Breach can be found at www.pathofexile.com/breach