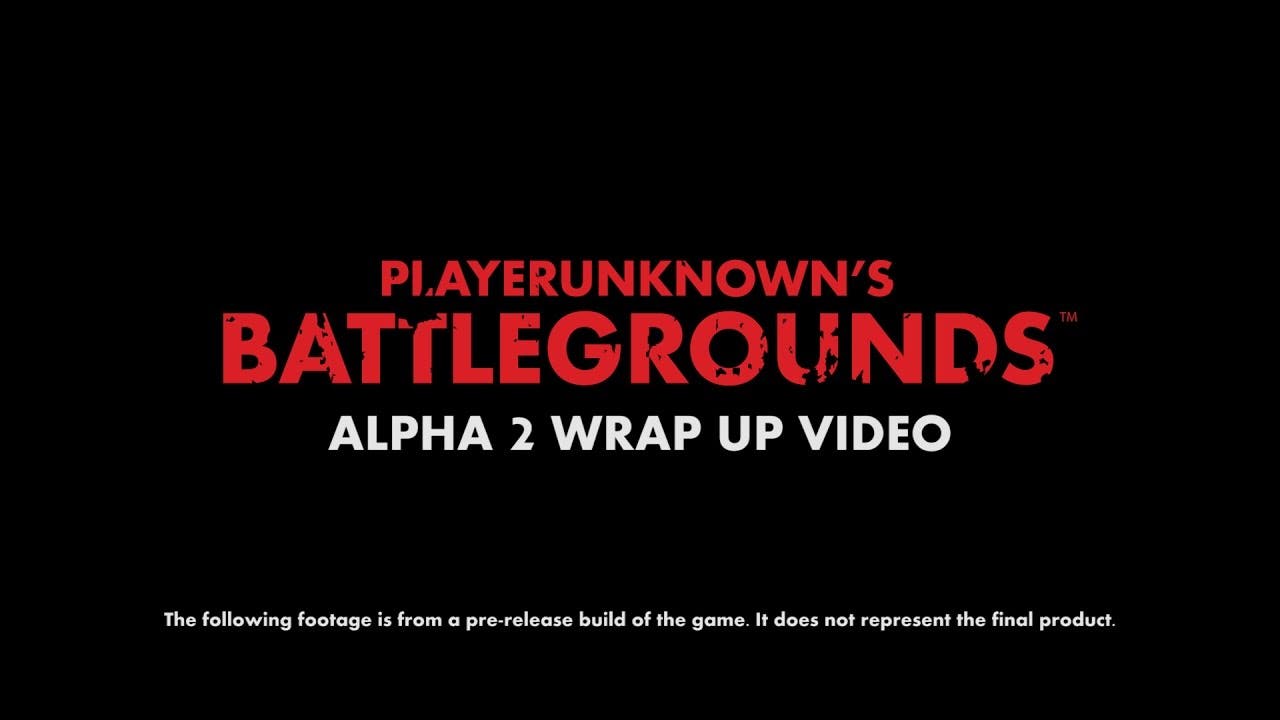 PLAYERUNKNOWN’S BATTLEGROUNDS wraps up a successful test of Alpha 2

Bluehole and Brendan Greene (aka PLAYERUNKNOWN), the team behind PLAYERUNKNOWN’S BATTLEGROUNDS, shared today the latest video showcasing the best action from Alpha 2 and streamers having fun playing the game.  Greene, creator of the battle royale genre, began modding as a hobby while working as a DJ, photographer and designer is making his professional debut as Creative Director at Bluehole, the acclaimed developers of TERA.

uring the four week testing, Bluehole updated the build on a weekly basis, fixing bugs and addressing issues that participants reported. Major focuses of Alpha 2 were to improve gunplay and test the DUOS mode and REVIVE feature — which are currently being polished for the next round of testing. The team is now gearing up for the upcoming closed beta test and will announce more information soon.

PLAYERUNKNOWN’S BATTLEGROUNDS is a last-man-standing shooter where players start with nothing and fight to forge tenuous alliances and locate weapons, vehicles and supplies as they strive to be the lone survivor in a realistic 8 x 8 km world that shows off Unreal Engine 4’s capabilities.