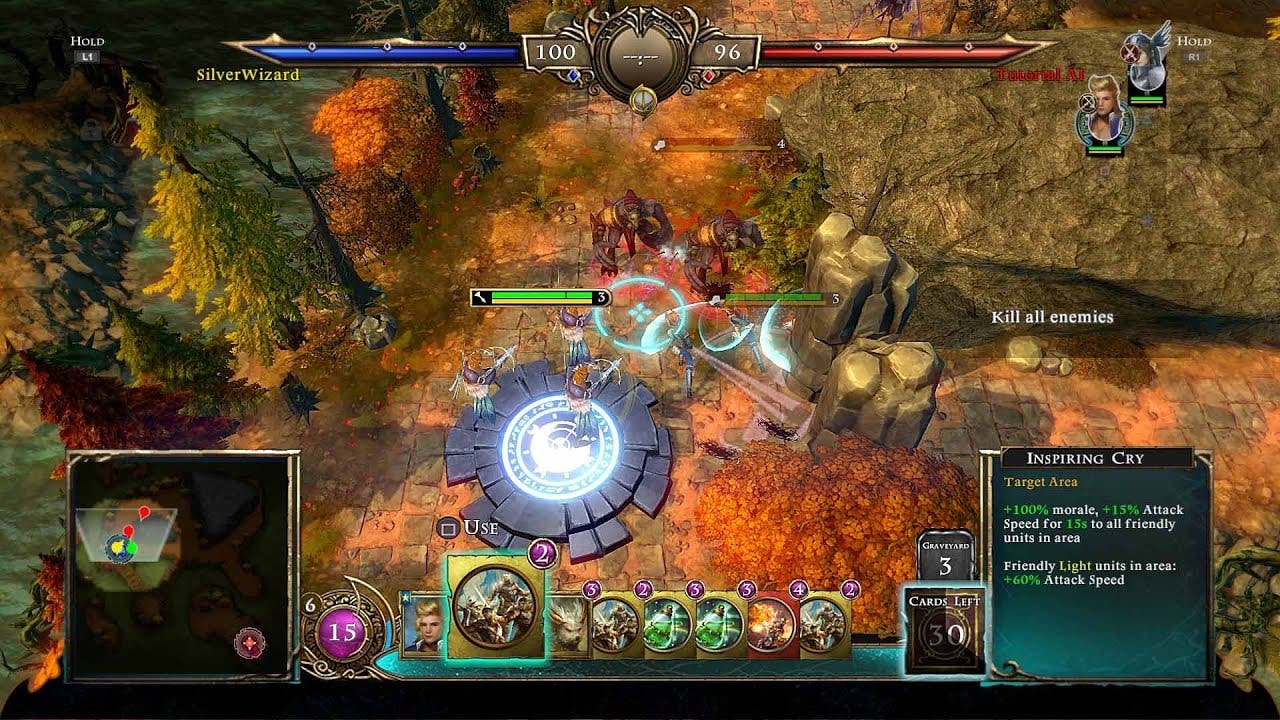 Maximum Games, in partnership with developer Rock Nano Global, today announced it will release ArmaGallant: Decks of Destiny, a deckbuilding game blending elements of RTS and MOBA gameplay, on April 4, 2017 in the Americas and April 7, 2017 across Europe, exclusively for the PlayStation 4 computer entertainment system.

In ArmaGallant: Decks of Destiny, players will strategically battle across varied maps, defending their monoliths and capturing enemy map points using powerful armies built from a collection of creatures and spells. Battles are fast-paced and deployed in real time. Players can go head-to-head or engage in 2v2 online play and private matches with friends. While the game centers on the core mechanics of traditional deckbuilding games, it is this swift decision-making and quick-witted combat that sets it apart.

“ArmaGallant is an exciting take on deckbuilding games, relying on RTS rather than turn-based battle maneuvers,” said Andrew Nguyen, Producer at Maximum Games. “For those who love building decks but want the dynamic action of an RTS, this is the perfect blend.”

Learn and evolve the abilities of electrifying creatures and magical spells belonging to one of five elements: Earth, Fire, Water, Light, and Dark. The game features three unit classes – melee, ranged, and flying – each with a variety of attributes that will come into play. Manage the right ratio of units, spells and effects, and you’ll compile a deck of unstoppable power. You devise your playstyle and strategy, gaining stronger cards as you level up to create the ultimate battle deck.

ArmaGallant: Decks of Destiny is available April 4, 2017 in North and South America, and April 7, 2017 in Europe for PlayStation®4.