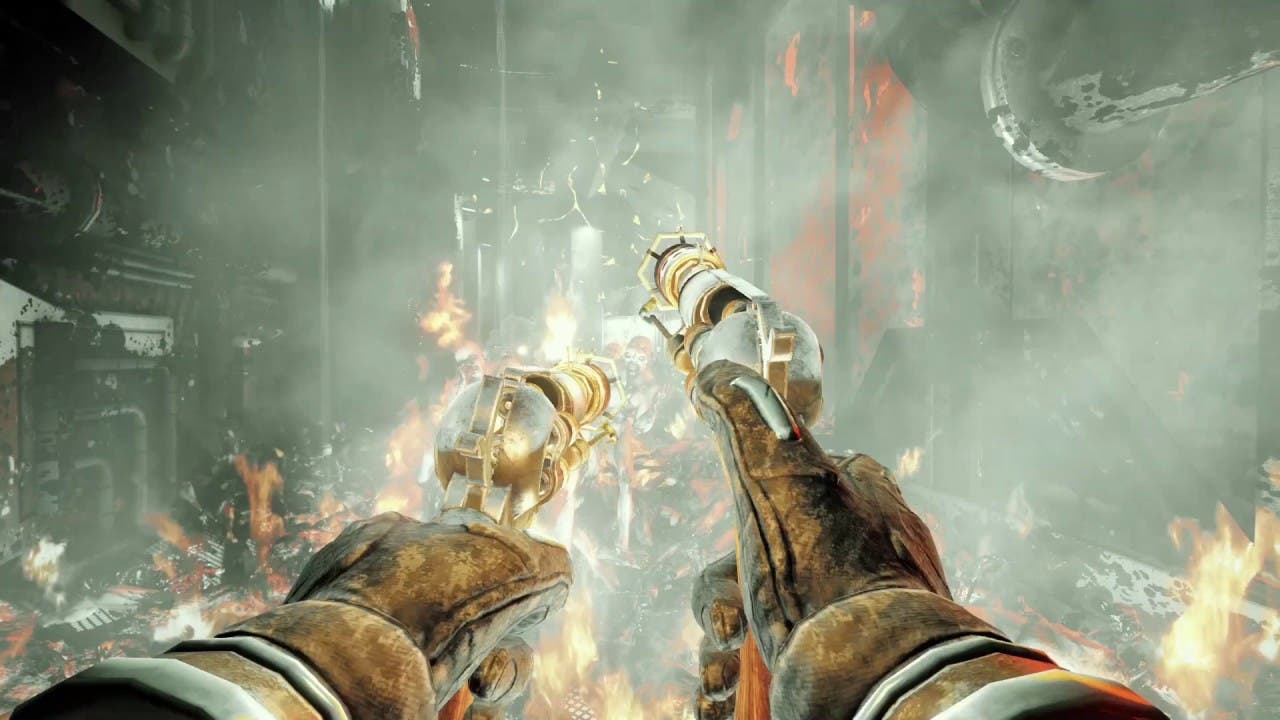 Tripwire Interactive is pleased to announce that a brand-new free update for their successful co-op sci-fi horror FPS game, KILLING FLOOR 2, is available now for PC via Steam as well as the PlayStation®4 and PlayStation®4 Pro computer entertainment systems. The brand-new Descent Content Pack marks a significant update for KILLING FLOOR 2 since the game’s full release last fall and promises a whole new world of carnage. Today’s content pack update forKILLING FLOOR 2  contains two brand-new maps, including one that completely shakes up the game, as well as two brand-new weapons for players to blast away the oncoming hordes of deadly Zeds!

The Descent Content Pack features the namesake map, the Descent, which is an all-new type of map never seen in KILLING FLOOR 2 before. The Descent map introduces the new Holdout sub-mode into Survival and will drop players into a new random battle location each wave, making them vulnerable to the horrific Zeds hoping to catch them off-guard. In addition, as a show of its commitment to their devoted and talented fan base, Tripwire has included the community-made Nuked map into its official line-up.

Additionally, the Descent Content Pack includes two brand-new weapons for players to gear up and fire off. Fans of the originalKILLING FLOOR will be excited to see the return of the Spitfires, which will see its induction back for single and dual flare gun revolvers for the Firebug perk. An additional weapon makes its introduction into the franchise, the Stoner 63a LMG is a light machine gun allowing for long sustained firepower.

Available now with the release of the Descent Content Pack, players will be able to further explore the horrific world of KILLING FLOOR 2 with brand new features. A full detailed list of all content additions, bug fixes and tuning can be found on the Official KILLING FLOOR 2 Game Group on Steam.

In celebration of today’s release of the Descent Content Pack, the digital version of KILLING FLOOR 2 will be on sale for 33% off on the North American PlayStation Store Network starting now through March 28th. KILLING FLOOR 2 will also begin its first ever Free Trial Week on PSN through the same dates indicated above.  Today’s new Descent Content Pack is included in the Free Week Trial Version!

And if that’s not enough, Tripwire is also running a 25% off sale over at the Official Tripwire Merch Store!  Simply visit the store here (https://tripwire.manheadmerch.com/) and use the promo code ZED when checking out to get your discount.  The sales lasts until April 30th, 2017.