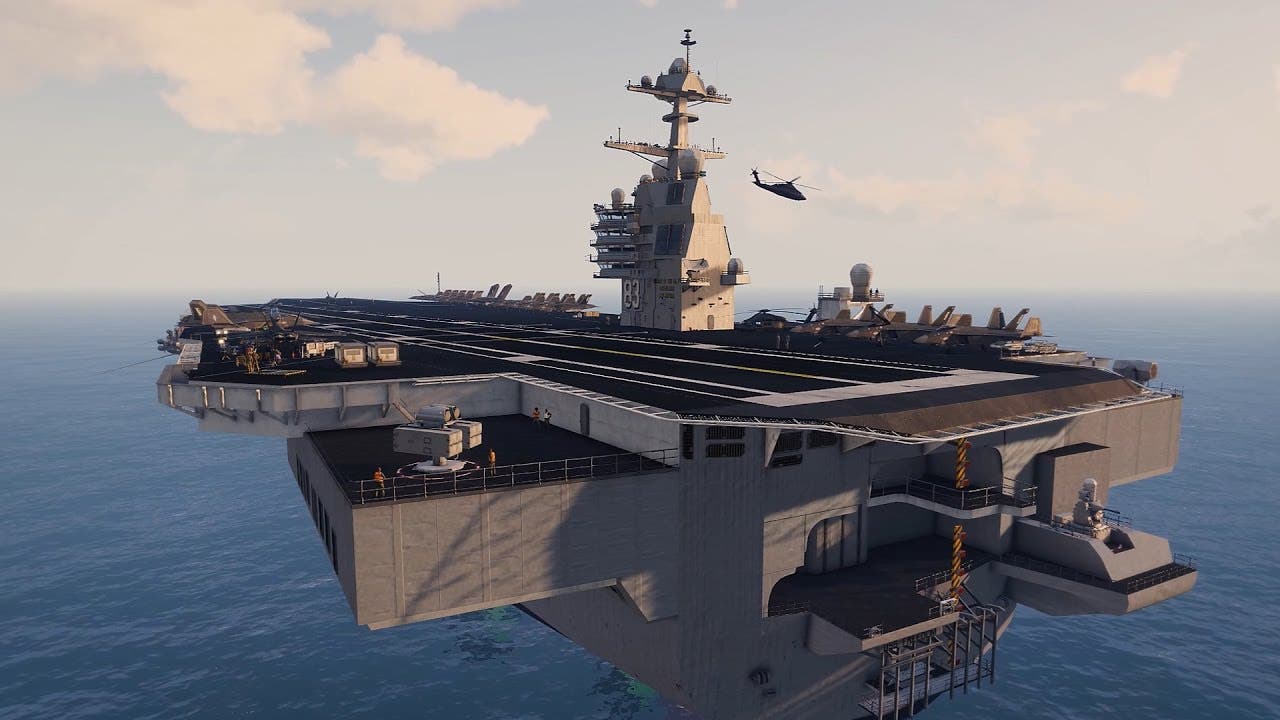 In follow up to their latest dev diary, which discussed the planned new content for Arma 3 in 2017, Bohemia Interactive today announced the release date of the first upcoming DLC package: Arma 3 Jets. Available worldwide on May 16th 2017, the Jets DLC will enhance the combined arms experience by adding three new air-superiority jets, an Unmanned Combat Aerial Vehicle (UCAV), a new Showcase scenario, and more.

As is protocol with each Arma 3 DLC release, the Jets DLC will be accompanied by a free platform update that improves the game for everyone. The main highlights of this update are the ‘sensor overhaul’ to improve targeting and target detection, an upgraded fixed-wing damage model with more hitpoints and new damage effects, dynamic vehicle loadouts, and various other jets-related improvements.

In addition, as a special surprise, Bohemia Interactive is proud to reveal truly massive bonus content in the form of the CVN-83 “USS Freedom” Aircraft Carrier (watch new trailer). This nuclear-powered aircraft supercarrier, which will be available for free to everyone who owns Arma 3, serves as a naval main operating base, and can carry various aircraft and helicopters on board. In terms of in-game functionality, the ship is a static object that can be positioned across the map via the 3D Scenario Editor, but cannot be ‘driven’. The carrier supports catapult take-offs and tailhook landings, and features functional autonomous defensive weapon systems.