After five years of development and numerous setbacks, Studio Fawn is ready to finish the game they envisioned years ago. With your Patreon support, it will allow them to put up a Steam demo in the coming weeks, and release their game in the coming year.

Studio Fawn is close to bringing Bloom: Memories to life after many setbacks and challenges. What started five years ago, got a boost on Kickstarter just a few years ago:

Three and a half years ago we were lucky enough to raise $45,000 (after taxes and Kickstarter fees), thanks to a group of amazing people believing in us.

There is only a team of 3, but the Art lead, Ivory (Dani) Landers talks about the small team:

It wasn’t a lot for our team of 3….but it was enough to split between us and, ultimately, kept Ivory working full time to complete the over 500 unique environments, 75+ unique models (rigged, textured, and animated), and create the other various bits Bloom needed (such as icons, UI, abilities, effects, and writing / game design). As well as giving Jose a chance to add to the amazing soundtrack and effects for the game.

The game stars Ilana, is the first playable transgender character in an RPG. This is a bold step for gaming as well as the game’s developers. It’ll be interesting to see if this creates the mold for others to follow and embrace making more realistic characters like Ilana.

Bloom: Memories takes RPGs where they haven’t been before… for example, creatures that change how they behave based on their emotions or sense their surroundings with hearing, smelling, and sight.

Support the game on Patreon: https://www.patreon.com/studiofawn 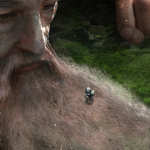 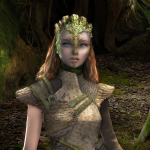