Razer has released a 10-keyless competitive keyboard known as the Razer BlackWidow Tournament Edition (TE) Chroma V2, and is designed for esports players of games like Overwatch and Call of Duty. It has ergonomics, and an extra-long lifespan to counter the excessive button presses it will endure over its lifetime.

The Razer BlackWidow TE Chroma V2 offers users the choice between Razer’s multi-award winning mechanical Green, Orange or Yellow switches. Designed without a tactile bump or click, the Razer Yellow switches are silent and rapid to meet the demands of fast-paced first person shooter (FPS) and online multiplayer battle arena (MOBA) type games. With an unmatched response rate, Razer Yellow switches offer a 1.2mm actuation point, is 40 percent faster than standard mechanical key switches, and has been tested under the most intense gaming sessions to ensure a lifespan of up to 80 million keystrokes.

“Gamers rely on their gear to react and respond as fast as they do no matter the situation, from landing a headshot to combining ultimate abilities as a team,” says Min-Liang Tan, Razer co-founder, and CEO. “Timing is critical. The BlackWidow TE Chroma V2’s Instant Trigger Technology works hand-in-hand with our Yellow switches, setting the bar for the industry’s fastest response rating on a keyboard with the ultimate combination of hardware and software.”

The Razer BlackWidow TE Chroma V2 features individually backlit keys that are powered by Razer Chroma™ technology, which unlocks customizable lighting features that can be synced across devices. Gamers can choose from 16.8 million colors and a variety of effects. Custom settings can be created using the Razer Synapse software platform and shared with millions of other Razer software users via the Razer Chroma Workshop. In-game Razer Chroma lighting profiles are also integrated into popular game titles, including “Overwatch” and “Call of Duty.”

The Razer BlackWidow Chroma TE V2 is available for order now from RazerStore.com. 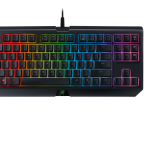 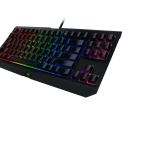 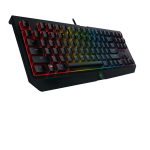 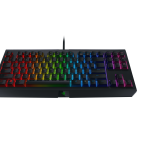 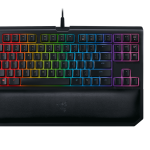 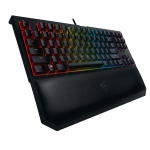 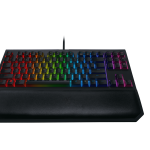