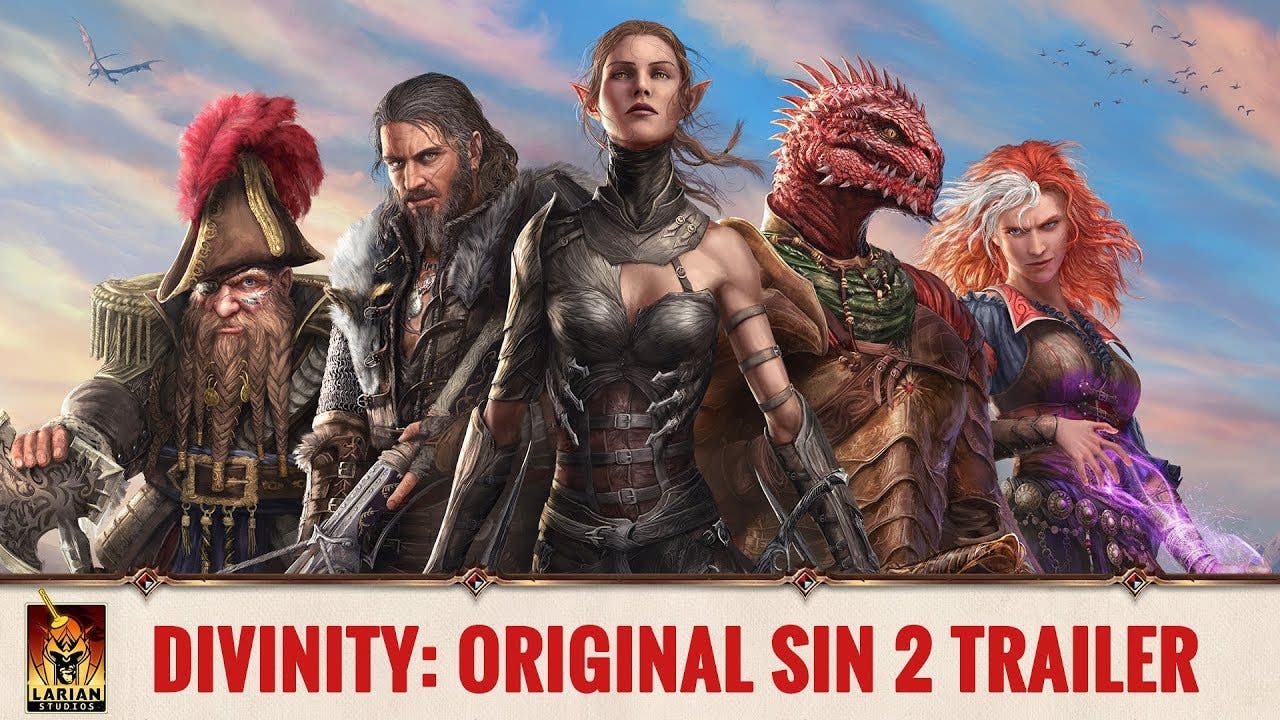 Larian Studios has today released a brand new trailer for the highly anticipated RPG, featuring final art and character designs not previously seen. View the trailer at https://youtu.be/bTWTFX8qzPI and download Divinity: Original Sin 2 on Steam when it launches on September 14 for $44.99!

Today’s trailer shows fans what to expect when the game launches next month: a rich and beautiful world, varied characters and progression paths, a deep RPG experience, an intricate turn-based combat system, and more. It also includes first quick glimpse at an undead character, the game’s sixth and final origin story character, who has yet to be revealed.

Divinity: Original Sin 2 is a fantasy RPG that will take up to 4  players on a branching story to save the world of Rivellon. Its deep, turn-based combat system and advanced AI will give veteran players a significant challenge, while it’s pen and paper level of RPG freedom will give roleplayers room to improvise, experiment, and bend traditional video game rules.

With six origin characters with unique stories to unravel, a classless character development system including more than 200 base skills and spells, and a vast world map full of adventure and secrets, players will only scratch the surface of Divinity: Original Sin 2 with their first playthrough.

The first act of Divinity: Original Sin 2 is now available on Steam Early Access at http://store.steampowered.com/app/435150/. Download today or wait until launch for the full and final version on September 14th!