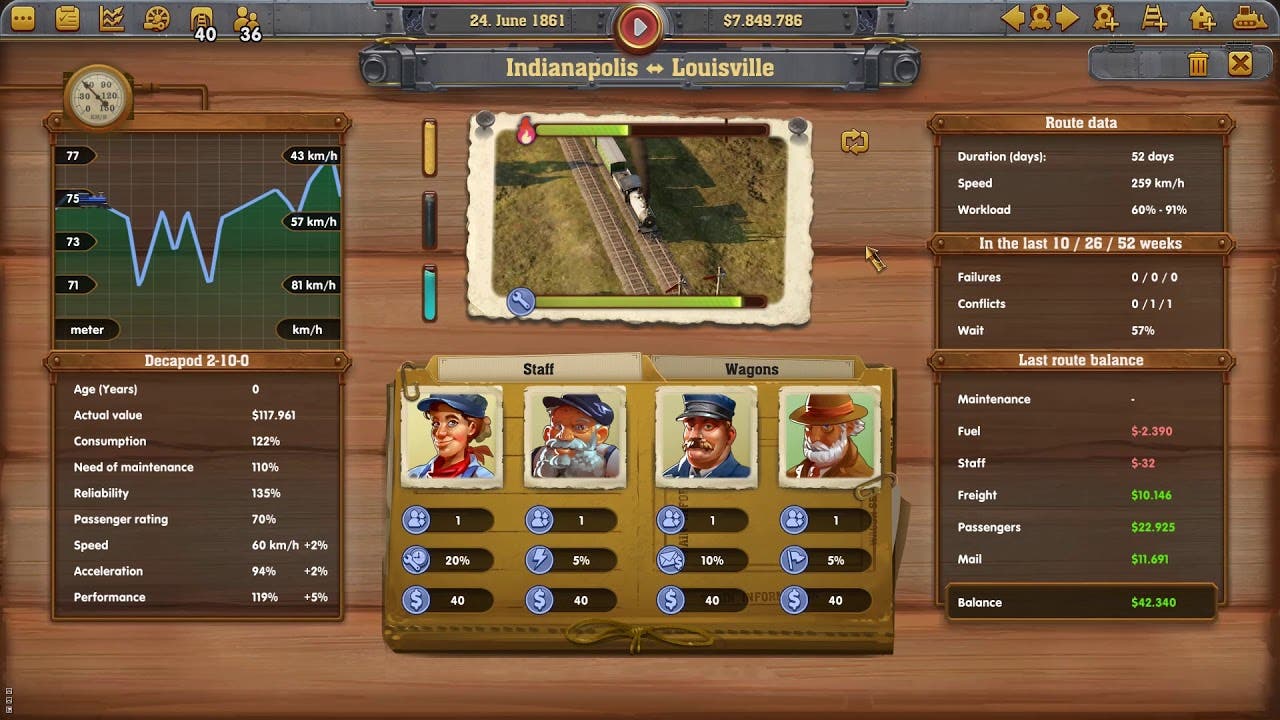 Kalypso Media releases trailer for “How to Play” Railway Empire

Kalypso Media is excited to release the new ‘How to Play’ trailer for upcoming tycoon simulation game Railway Empire, which is currently planned to launch in Q1 2018 for PlayStation®4, Xbox One, Windows PC and Linux. In Railway Empire, you get the opportunity to go on a 100-year journey starting in 1830, with an entire nation’s terrain yours for the taking! Check out the insightful new trailer to get some hot tips on how to win the race to become the most dominant and powerful rail empire in North America.

In just a few minutes, the new trailer will give you a brief but detailed overview of Railway Empire, showing concepts like planning routes, hiring staff, researching over 300 new technologies and choosing between over 40 historically detailed trains. These first steps will get you on the way to taking on your competition, who you may eventually have to sabotage with a raid or some good old-fashioned industrial espionage. Lead an epic empire into the 20th century and show your rivals who the real railway tycoon is!