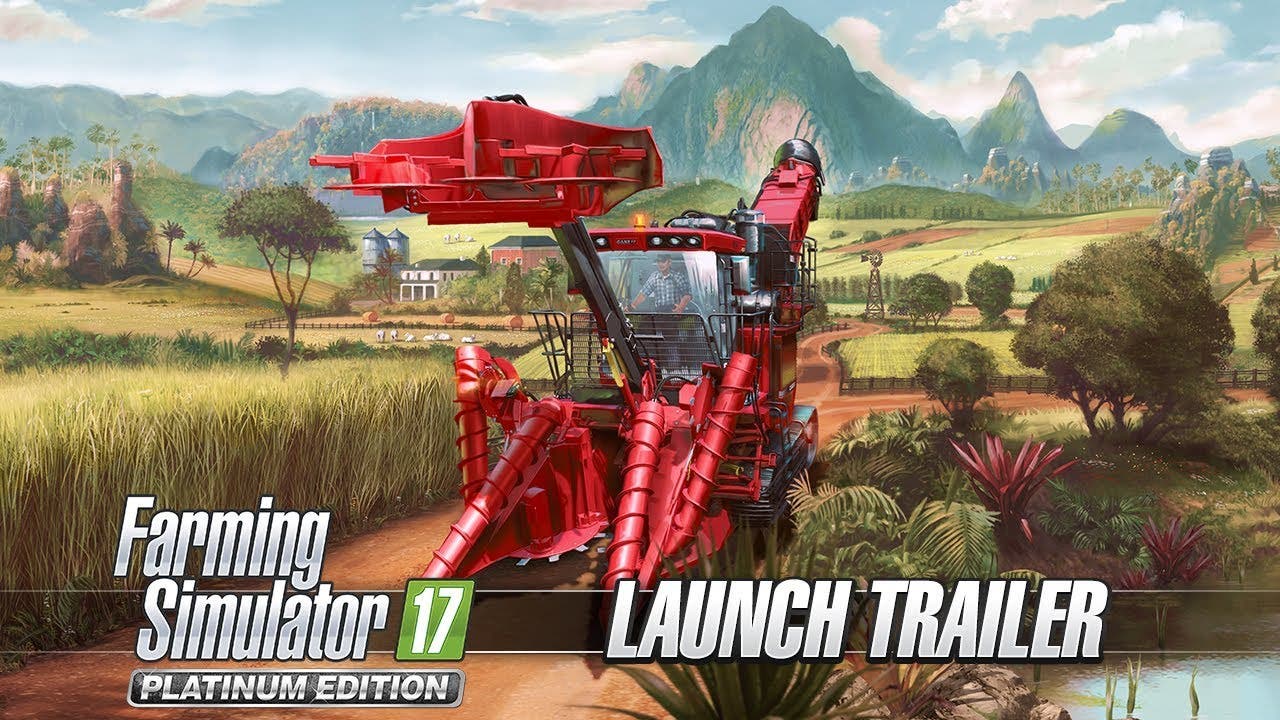 This new video invites you to discover a South American playground, offering a breath of fresh air through a complete change of scenery and more gameplay possibilities for Farming Simulator players than ever.

Over 280 authentic farming vehicles and equipment are featured from more than 80 manufacturers, making this truly the ultimate version of Farming Simulator 17. These include AGCO brands (Challenger, Fendt, Massey Ferguson and Valtra), as well as new brands exclusive to the Platinum Edition such as Stara, TT, Randon, FMŻ, and Gessner Industries.

Harvest crops, tend to your livestock, take part in forestry, transport your goods with trucks, trailers, and trains―then sell your products to expand your farm. Grow your farm online with other players, and download community-created mods for an ever-expanding gaming experience!

Farming Simulator 17: Platinum Edition and the Platinum Expansion are now available on PlayStation 4, Xbox One, and PC/Mac. Discover all the offers here!