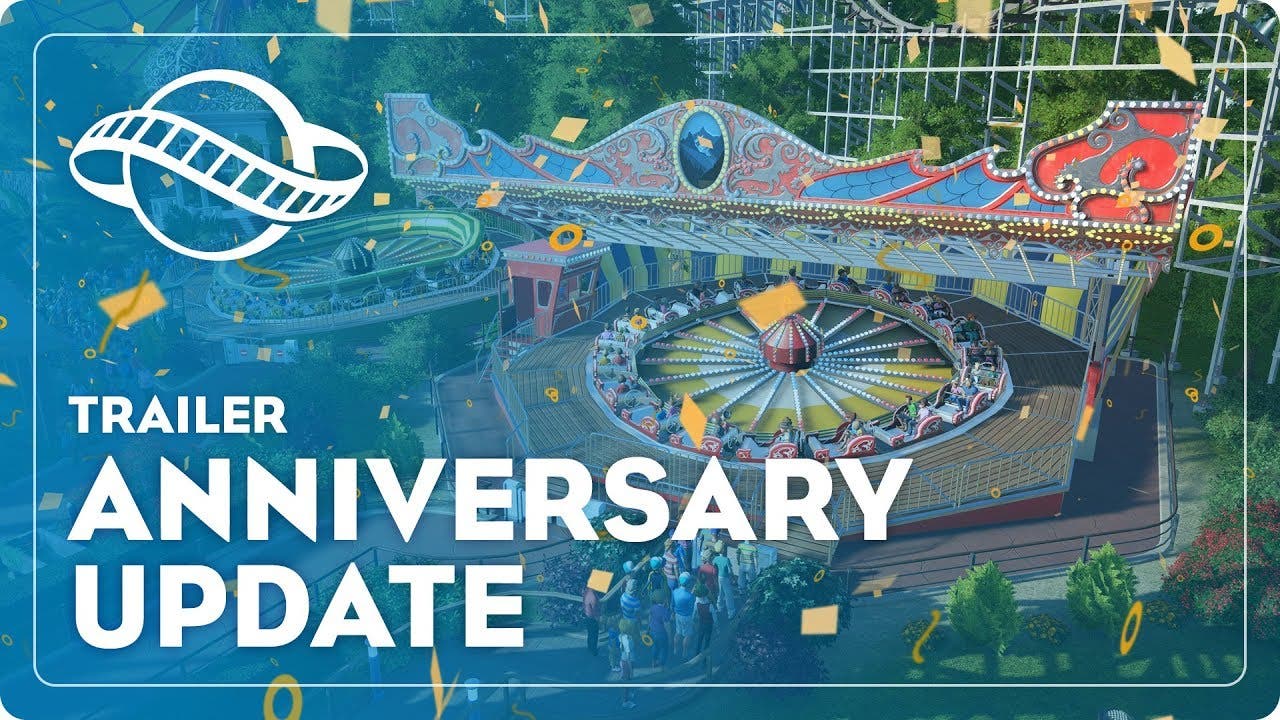 Planet Coaster’s Anniversary Update celebrates one year since the game’s launch. Over the past twelve months Planet Coaster has seen the launch of the FREE Winter, Spring and Summer updates, together with a number of game updates and even a collaboration with the world-famous Cedar Point theme park. Today Planet Coaster has over one million players and 142,000 items on the Steam Workshop.

Planet Coaster gives power to the players with the fully-featured Scenario Editor. Players can create their own scenario challenges with an easy-to-use editor and share them with the Planet Coaster community through the Steam Workshop. With new content and community-created challenges available every day, there’s always something new to experience in Planet Coaster.

Management gets deeper with the new Staff Management Building – a place for your park staff to rest and receive training before returning to work more capable than ever. New billboard scenery and branding expands advertising options in players’ parks, and new picnic tables allow players to create food courts and plazas for hungry park guests.

And Planet Coaster benefits from a host of new management improvements, a new scenario from the team at Frontier, UI tweaks, custom biome improvements and interchangeable rollercoasters. Place any coaster train on any coaster track, and build without limits.

There’s even more to Create, more to Manage and more to Share in the Planet Coaster Anniversary Update. For full details, visit PlanetCoaster.com/Updates.

Planet Coaster is ON SALE now on Steam and FrontierStore.net for 55 percent off the usual price of £29.99 ($44.99, €37.99). Planet Coaster is also available at retail stores in selected territories.