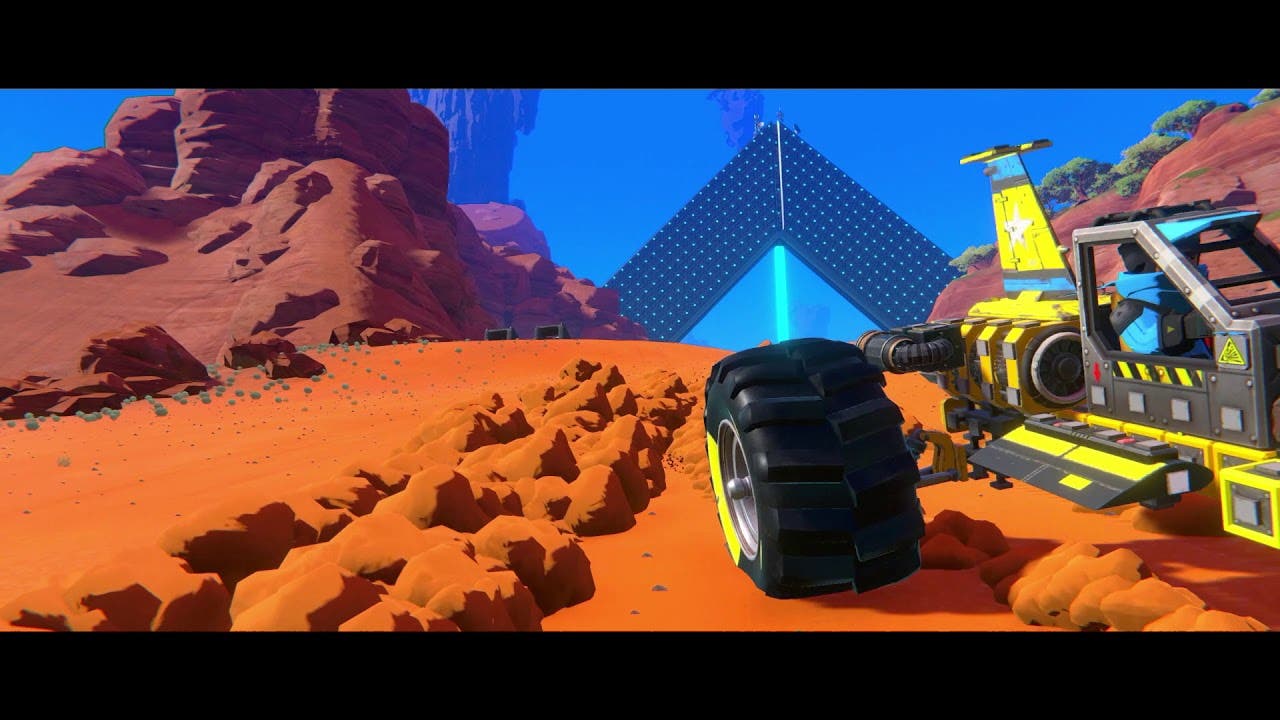 Trailmakers, the vehicle-building adventure from the Press Play, Rare, and IO Interactive veterans at Flashbulb Games, will speed to Steam Early Access on Jan. 31 ahead of its full release on PC next year. A free open beta weekend, taking place Jan. 11-14, will give gamers the chance to experience Trailmakers before the Early Access release.

Daring adventurers are flocking to an abandoned planet that was once a holiday paradise. Now, harsh weather and dangerous wildlife scourge the land. But silly things like “hazards” and “unsafe terrain” just need ramps, checkpoints, and goal posts to become a bona-fide off-world rally expedition! Intrepid explorers require only courage, curiosity, and creativity to participate.

Two distinct single-player modes will be available in Steam Early Access: Creative and Expedition. Creative Mode provides infinite resources so tinkerers can construct the craziest vehicles they envision. In Expedition Mode, a challenging campaign tasks explorers with charting this alien planet and reaching the other end of a giant island. Finding the ultimate destination is the easy part; getting there, however, is a different matter entirely. Both modes will expand in the coming months so friends can play together.

Dethroned Mode, an entertaining fusion of capture-the-flag and king-of-the-hill, will be available upon Steam Early Access release. Making use of Flashbulb’s “Physics-Over-Network” technology, Trailmakers‘ multiplayer allows up to four daring adventurers to build and crash intricately-built vehicles into one another and watch the parts fly everywhere, all synchronized perfectly between players.

Starting with just the basics for making a vehicle — a frame, wheels, a seat, and an engine — players are given the tools and an intuitive interface to build their very first car. The only limit is a finite amount of resources that can only be bolstered through exploration. Roadblocks occur naturally in this world. The next checkpoint might be atop a steep hill, or across a large jump. Maybe it’s time to strap six different engines on to the body of the vehicle? Or maybe the solution is adding wings?

There’s never only one way to solve a problem. With more than 40 vehicle parts, including helicopter blades and suspension for off-roading, if players can dream it, they can build it.  A transformer part even enables vehicles to convert into other forms. Vehicle blueprints can be drafted and shared with friends, and Trailmakers is built to support player-made content at full release. Early Access is just the beginning — new skins, vehicle parts, and multiplayer modes are already in the pipeline and will continue to debut as robust, frequent post-launch support.

“With Trailmakers, we aimed to create an experience evoking the nostalgia and wonder of building with LEGO,” said Mikkel Thorsted, creative director, Flashbulb Games. “It captures the childlike capacity to be curious and creative, bringing us back to a time in our lives when we were encouraged to experiment endlessly on our own terms.”